In his book Political Ponerology, Andrew M. Lobaczewski brings us to a clearer understanding of what is psychopathic behavior, and how to deal with it in the community.

Here's an excerpt from chapter 3:

During "good" times, the search for truth becomes uncomfortable because it reveals inconvenient facts. It is better to think about easeir and more pleasant things. Unconscious elimination of data which are, or appear to be inexpedient, gradually turn into habit, and then becomes a custom accepted by society at large.
The problem is that any thought process based on such truncated information cannot possibly give rise to correct conclusions; it further leads to subconscious substitution of inconvenient premises by more convenient ones, thereby approaching the boundaries of psychopathology.
Such contented periods for one group of people -- often rooted in some injustice to other people or nations -- start to strangle the capacity for individual and societal consciousness; subconscious factors take over a decisive role in life.

Such a society, already infected by the hysteroidal state, considers any perception of uncomfortable truth to be a sign of "ill-breeding."
[Note on Hysteroidal: Hysteria is a psychological state of uncontrollable fear or exaggerated excitibility. Here it is being used to describe "fear of truth" or "fear of thinking" about unpleasant things so as to not 'rock the boat' of current contentment.]

In such times, the capacity for logical and disciplined thought, born of necessity during difficult times, begins to fade. When communities lose the capacity for psychological reason, and moral criticism, the processes of the generation of evil are intensified at every social scale, whether individual or macrosocial, until everything reverts to "bad" times.
We already know that every society contains a certain percentage of people carrying psychological deviations caused by various inherited or acquired factors which produce anomalies in perception, thought, and character. Many such people attempt to impart meaning to their deviant lives by means of social hyperactivity.

They create their own myths and ideologies of overcompensation and have the tendency to egotistically insinuate to others that their own deviant perceptions and their resulting goals and ideas are superior.
When a few generations' worth of "good-time" insouciance results in societal deficit regarding psychological skill and moral criticism, this paves the way for pathological plotters, snake-charmers, and even more primitive impostors to act and merge into the processes of the origination of evil. They are essential factors in its synthesis.

The participation of pathological factors is a common phenomenon in the processes of the origin of evil."


And...further on in this chapter:

"America, especially the U.S.A., has reached a nadir for the first time in its short history." "The emotionalism dominating individual, collective and political life, as well as the subconscious selection and substititution of data in reasoning, are impoverishing the development of a psychological world view and leading to individual and national egotism. The mania for taking offense at the drop of a hat provokes constant retaliation, taking advantage of hyper-irritability and hypo-criticality on the part of others."

"America's psychological recession drags in its wake an impaired socio-professional adaptation of this country's people, leading to a waste of human talent and an involution of societal structure. If we were to calculate this country's adaptation correlation index, as suggested in the prior chapter, it would probably be lower than the great majority of the free and civilized nations of this world, and possibly lower than some countries which have lost their freedom.

A highly talented individual in the USA finds it ever more difficult to fight his way through to self-realization and a socially creative position. Universities, politics, and businesses ever more frequently demonstrate a united front of relatively untalented persons and even incompetent persons. The word "overeducated" is heard more and more often. Such "overqualified" individuals finally hide out in some foundation laboratory where they are allowed to earn the Nobel prize as long as they do not do anything really useful. In the meantime, the country as a whole suffers due to a deficit in the inspirational role of highly gifted individuals.

As a result, America is stifling progress in all areas of life, from culture to technology and economics, not excluding political incompetence. When  linked to other deficiencies, an egotist's incapability of understanding other people and nations leads to political error and the scapegoating of outsiders. Slamming the brakes on the evolution of political structures and social institutions increases both administrative inertia and discontent on the part of its victims." 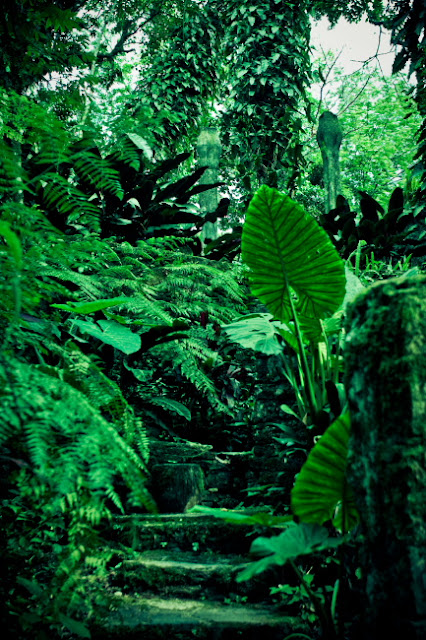 The Predator's Pact
Posted by BELIALITH at 6:46 AM