Pictures From the Past


I wish myspace hadn't done what it did. I had so many posts up there but I don't know what happened when they made the changeover, did they delete them? But they left the pictures. Geez louize.

The name was Ultra-Black. And then my little sister Rosy had joined it. She's the first one on the friend list, and she's not there anymore. I wonder who changed her picture, because it wasn't that picture when she left (passed away), so someone was messing around there. I don't know. So what. That's the past.

Oh no, I remember now. She changed it. There are only three pictures in her folder. She called herself by the nickname "Bitter Sweet." Geez, when I first heard that name I wondered. I had to ask her about it, and so she told me the story of how her life has been. I guess people pick nicknames that remind them of their life. Like I for example had an experience one night as I went to lay in bed. Suddenly I was looking deep deep deep into an abyss. Everything was all black, pure black...and it felt expaaaaaaansive....really wide, deep, high. Hm hmhmhm. It was weird. And then I saw something moving in the middle of it, from the bottom. My eyes were immediately there because there was nothing else in all that blackness. So I watched. And it moved toward me. It was moving in a straight line, at the same speed all the way. Then when it was closer, I thought it was a cut-off head! I thought I might get scared and look away, but I was so curious because I had never seen anything like this before so I thought, what the hell, keep looking. As it moved closer toward me I saw that it only had looked like a cut-off head because it was wearing black which matched all the rest of the blackness in that place. Then all of a sudden she was close enough for me to see that it was me! AH! I was so freaked out! I never saw a twin of myself before. But this was real life like, but boy she looked scary. She had like a soft bluish tinge to her face, and her eyes were up in her head as she moved up toward me from way down below, haha, and it looked intimidating. She had like what appeared to be lightning in her face, really scary. I don't know how to describe it but she had like little squiggly bluish veins that looked like lightning, but weren't really noticeable, it was just that she presented such a formidable presence, and it appeared she was coming to attack me...so when she was about 6 meters away from me I jumped up in my bed. The strangest thing. And the strangest thing was that when I lay down, I must have been on my side or on my back, but when I had laid down on the pillow, it was like I was face into the pillow because I was looking down. Down into that abyss. So when I jumped up, I just sat up in my bed. But that wasn't all. I sat there and saw her standing in my bedroom at the window, she had tears like that had been streaming down her face, but no sign of crying by the facial features. She just stood there. And that's when I figured she must be protecting me from Seven, because this being appeard in my life when I was wanting to know what it meant in the bible when it said that God threw Lucifer out of heaven, and I wondered why a loving God would do something like that. So that's when he appeared in my life, and I had to find out for myself what really happened. But anyway...he was making me fall in love with him and I didn't want to. So I was imaging all kinds of mean things to keep him away from me. Like ugly things. But I couldn't do anything. So that's when she showed up. So I figured she was here to help me. She did. He eventually stopped harassing me. But yea. Ultra-Black. There were many other strange visions and even dreams that I had which all fit into the same 'scene.'

What a strange life I live. Oh yea, and, when I read G. I. Gurdjieff's book "Beelzebub's Tales To His Grandson" I liked it so much, that when myspace changed over and I couldn't post anymore stuff over there, I came here and opened up a new blog. So I took the idea from Gurdjieff's book and named my blog Belialith's Tales. It was Molly and Rosy my two sisters who read some book called "Angelique & The Demon" by Golon the author, and they both told me that there was a character in the book which reminded them of me, and they told me I should read the book. But I was never interested in romance novels so I didn't bother, until one day, Rosy was telling me about it and I decided if my sisters both read it and both thought the same thing, then I guess I ought to take a look at it. So it was the name Belialith from that book that I used. I mean, you can only use things out of your own life that you express with, you know? So that's why everyone is really known by what they express. You can get a hint from a person by their nickname and those little stories in the symbols. But you really have to ask the person questions if  you're going to find out the meaning behind them. Nevertheless, you don't have to question everything. Sometimes it's just given to you, like I just did.

Alright. Some spirit being suggested I put some pictures up
since they aren't viewable by clicking the link. And I got all them from the site
in my computer. So, here some are: 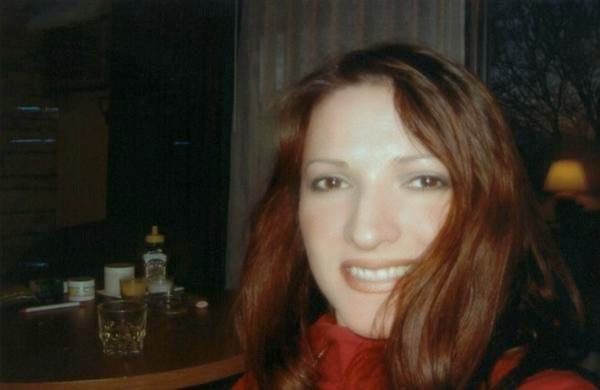 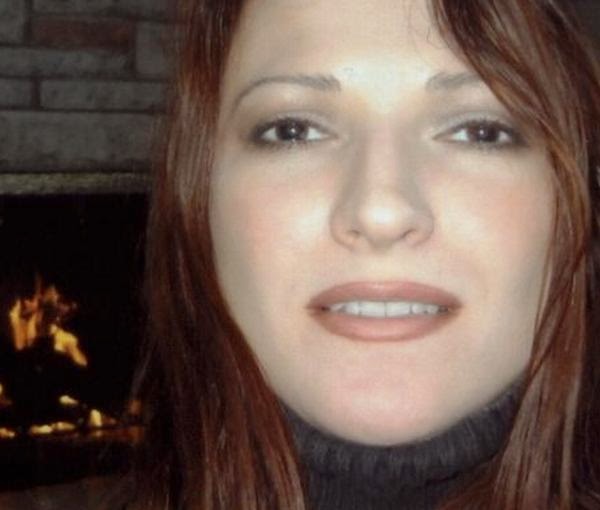 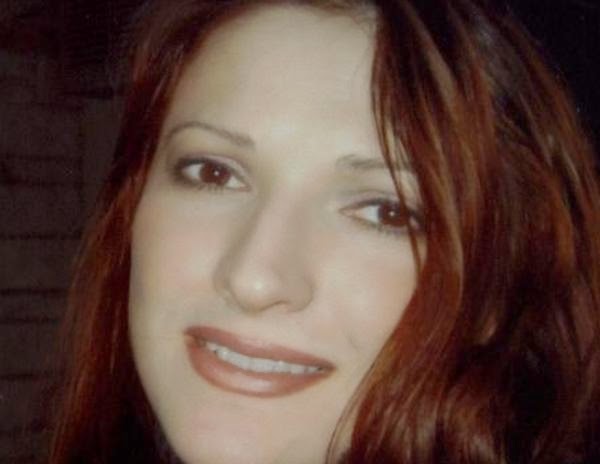 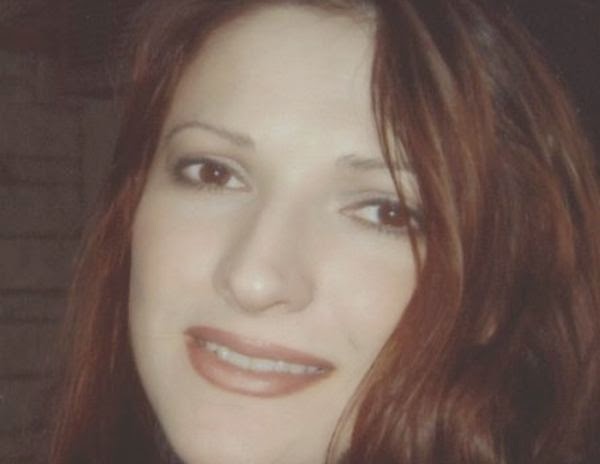 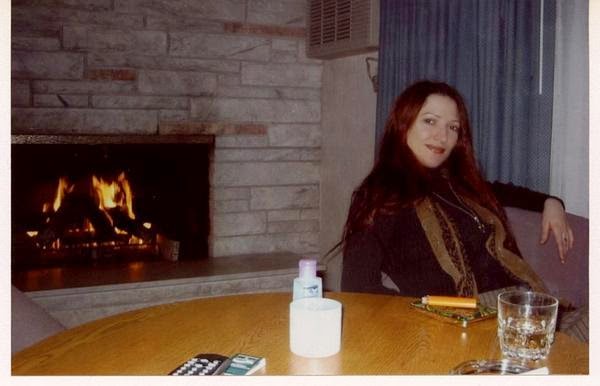 In these pictures, I explained in the other site, that I went on a ski-doing trip to Michigan with Tim, and at that time he was a bi-polar personality, but he's no more that, as he healed. So when we were in the hotel room, he had a fit. Hahaha. He had a temper tantrum. He was so angry that he jumped on the bed and started jumping up and down on it for a few times. I just kept myself together and very strongly because I could have argued, but seeing the situation was not worth any action on my part, I just stopped everything inside me and kept in perfect control. I could do nothing else. I was in a foreign country, I had come with him, I couldn't even step out the door as I didn't know this place, so all I could do is sit there calmly and allow him his expression until he was through. So the next day, he went ski-doing and I just stayed in. I was putting make-up on because it's an artwork and it helps me to do art when I'm hmhm, you know, in a situation that's uncomfortable. So I decided to take some photos of my face when I was done, to see how the make-up turned out in the pictures. When I brought the film home and had it produced, I told the lady at the counter that there was something wrong with the photos, that it looked like some specks of black must have fallen onto the film and produced imperfections. The lady said there was nothing wrong with the films processing, that everything turned out correctly. So I took a deeper look at the pictures and noticed that it only showed up in the eyes. So I started to study it and realized that in the order of the pictures, the brown of my eyes were the first shot, then the next picture I could see some black specks in them, and in the next picture they were all black. That is when I remembered I had read about this thing called "animal magnetism." It's something that happens when a cat freezes a mouse in front of its eyes so that it could catch it. Also, when a person who is going up in front of a lot of people to do a speech or something, their eyes also can turn black. But what's really happening is that the person whose eyes are turning black is that they are holding themselves in such great self-control that this essence fills their whole being. No one could guess what is going on in the person, because that person has taken all that activity within, and shut it down, so that they could function more balancedly on their surface. So that's what those pictures were all about.

Then a short while later while I was in Windsor, I was at a local bar where I was socializing with the people there. Then I was talking to this tall big black guy and as I was looking into his eyes, I saw the whole process take place. Suddenly there was this black liquid that seeped into his iris of the eyes. Each eye was individual, the black stuff seeped in differently in each iris. Then it filled them all up and his eyes were pure black. I didn't say anything to him because I knew what was happening. He too, for some reason, had to have great self-control then. Weird stuff, how life teaches you when you want to learn. That's how I knew what I saw in my eyes was exactly what I had supposed.

Here are a couple more pictures that Tim took of me and a fellow we had met and liked because he was a resident of the area and was telling us all about the place etc. So we befriended him. In this picture you can see that my eyes had also turned pure black. 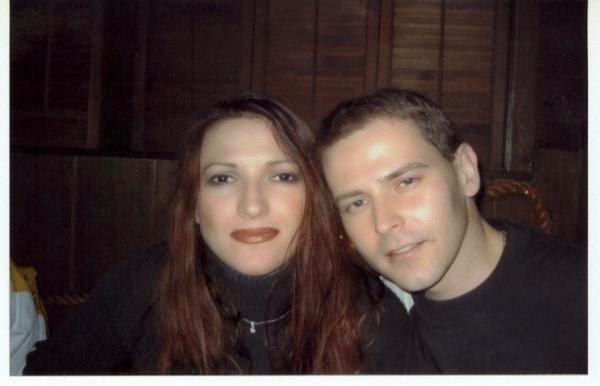 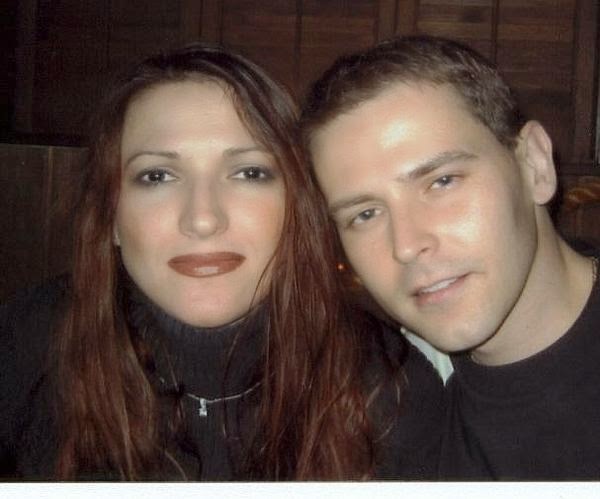 I don't know much about the process, but it seems to me it lasts a few days. So I suppose that the internal mechanism is at work processing all that stuff you've chosen to limit within. Sort of like, when Christ teaches you to love one another, and a person comes along and digs right into you like a rude beast with cruel words, but you choose not to respond to them with an instinctive self-protection of your ego, but instead you choose to withdraw that deep into yourself and respond instead intelligently and carefully, lovingly in other words. That would be when that "animal magnetism" appears, sort of like a cat in front of a mouse, so that the beast in front of you ceases to continue and changes their attitude. (Of Mice & Men by John Steinbeck). So that would be a natural self-protection, those black eyes. Hahaha. Black eyes. Like being punched in the eye balls. Hahaha!

Anyway, here are some more pictures from that myspace site that is no more. 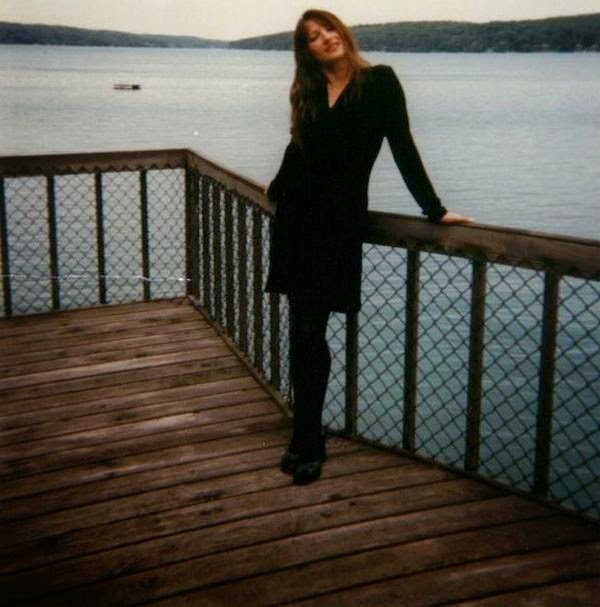 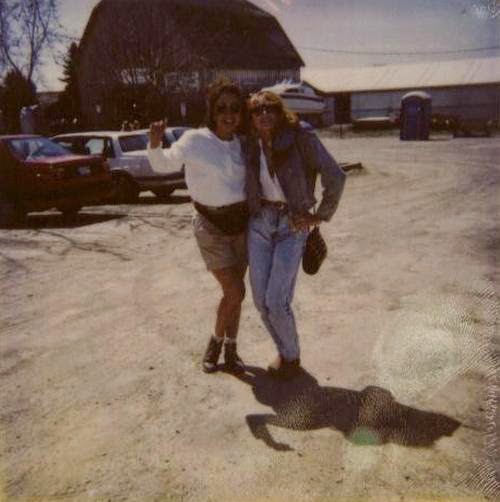 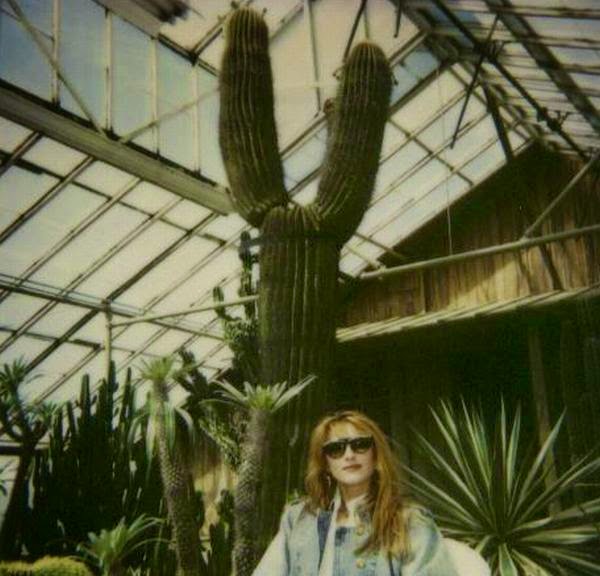 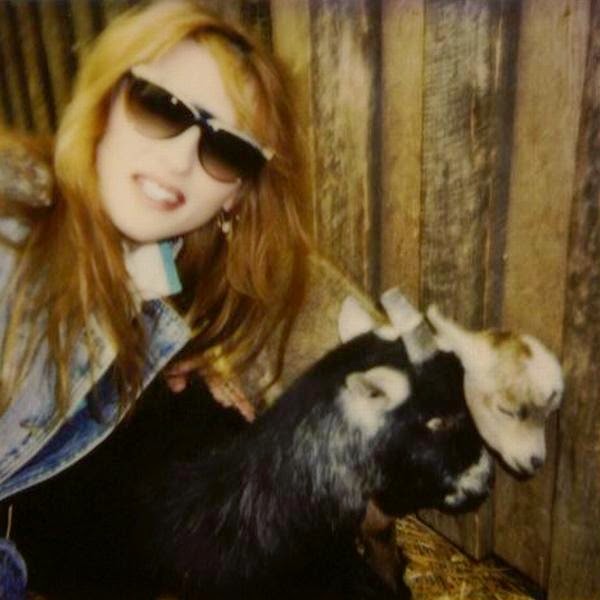 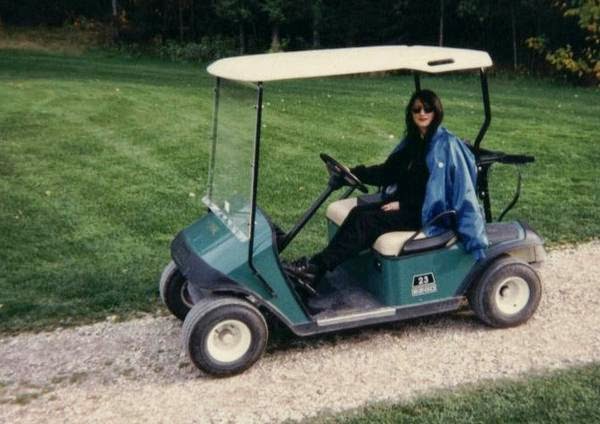 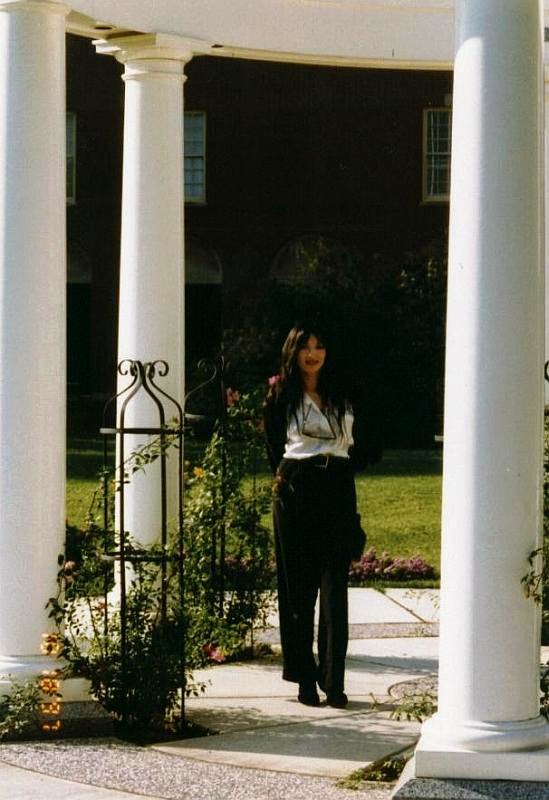 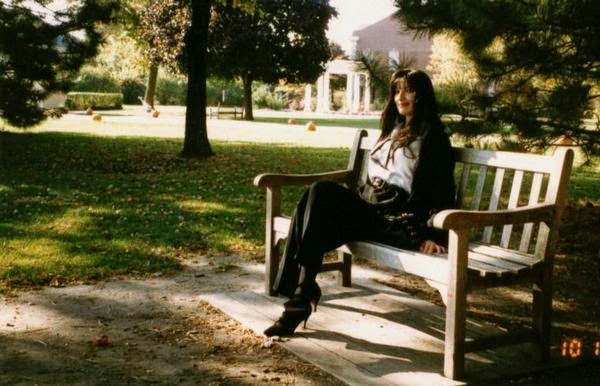 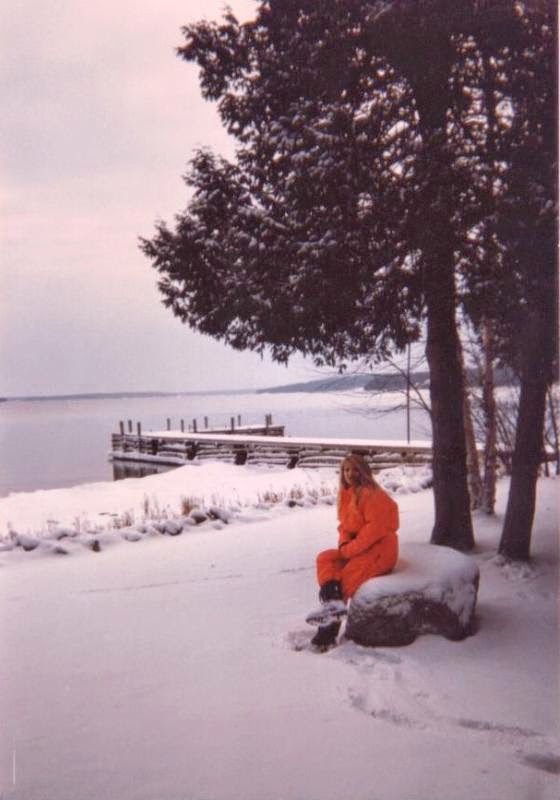 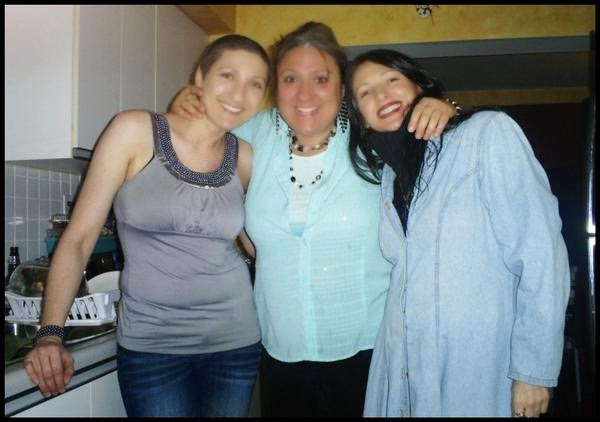 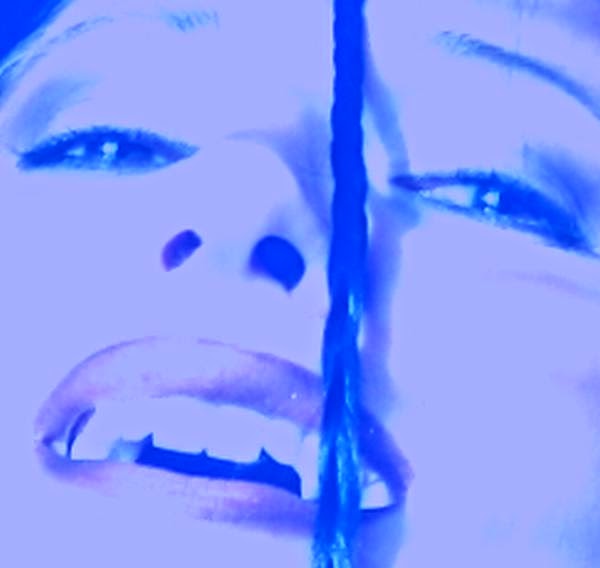 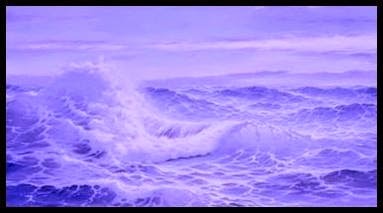 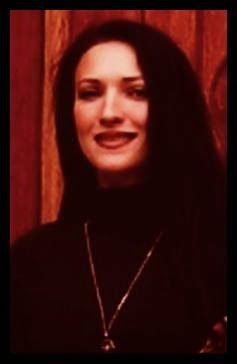