Many sources say this is so. Our spirits are caught in physical forms while the alien mentality works at keeping them imprisoned...we must learn who we are, know thyself, and advance our knowledge of the Spirit in order to leave this material prison once and for all. Here are some excerpts I found:


"Due to the myriad types of naturally occurring global cataclysmic events which are indigenous to Earth, it is not a suitable planet for habitation by IS-BEs. In addition there have been occasional global cataclysms caused by IS-BEs such as the one that destroyed the dinosaurs more than 70 million years ago. That destruction was caused by intergalactic warfare during which time Earth, and many other neighboring moons and planets, were bombarded by atomic weapons. Atomic explosions cause atmospheric fallout much like that of volcanic eruptions. Most of the planets in this sector of the galaxy have been uninhabitable deserts since then.

Earth is undesirable for many other reasons: heavy gravity and dense atmosphere, floods, earthquakes, volcanoes, polar shifts, continental drift, meteor impacts, atmospheric and climatic changes, to name a few.
What kind of lasting civilization could any sophisticated culture propose to develop in such an environment?
In addition, Earth is a small planet of a "rim star" of a galaxy. This makes Earth very isolated geographically from the more concentrated planetary civilizations which exist toward the center of the galaxy. These obvious facts have made Earth suitable for use only as a zoological or botanical garden, or for its current use as a prison - but not much else."
(Taken from - Alien Interview Chapter 9 )

And this is from "The Gods Of Eden" by William Bramley
"An in-depth study of the UFO phenomenon reveals that
it does not offer a happy little romp through the titillating
unknown. The UFO appears more and more to be one of
the grimmest realities ever confronted by the human race."
"Charles Fort is perhaps the earliest writer of the twentieth
century to seriously suggest extraterrestrials have
been involved in human affairs" ...."The stories he
collected were of such events as unusual moving lights
in the sky, "rainfalls" of animals, and other occurrences
which seem to defy conventional scientific explanation.
His first two books, The Book of the Damned (1919) and
New Lands (1923), contain a large assortment of UFO
sightings and related phenomena from the 19th and early
20th centuries. Fort concluded that Earth skies were
hosting an array of extraterrestrial aircraft, which he called
"superconstructions."
Fort developed other theories from his research, several
of which have endured and still remain provocative today.
In The Book of the Damned, he wrote:
I think we're property.
I should say we belong to something:
That once upon a time, this earth was No-man's Land,
that other worlds explored and colonized here, and
fought among themselves for possession, but that now
it's owned by something:
That something owns this earth—all others warned
off."


"This book actually begins where Charles Fort left off.
Mr. Fort speculated that Earth may be the property of an
extraterrestrial society. He further believed that humans might
be little more than slaves or livestock. As a result of my own
historical research launched from an entirely different starting
point, I too, arrived at a similar outrageous theory:
Human beings appear to be a slave race languishing on an
isolated planet in a small galaxy. As such, the human race
was once a source of labor for an extraterrestrial civilization
and still remains a possession today. To keep control over
its possession and to maintain Earth as something of a
prison, that other civilization has bred never-ending
conflict between human beings, has promoted human spiritual
decay, and has erected on Earth conditions of unremitting
physical hardship. This situation has existed for thousands
of years and it continues today."


"In order for me to better discuss these "high tech" "gods,"
it will be necessary for me to invent a new term.
The word "god" alone contains too much undeserved awe.
Historical and modern-day testimony indicates that these
"gods" are as "human" in their behavior as you or I.
The term "ancient astronaut" pigeonholes them into
the distant past, when in fact, they appear to have
maintained a continuous presence all the way up until
today.


The label "extraterrestrial" is too broad.
I cannot name the "gods" after any star or planet from
which they might hail because I will not speculate as to
their place of origin. Furthermore, it is conceivable that
the alleged ownership of Earth may have changed hands
over the millennia, in the same way that ownership of a
corporation can pass among different owners without the
public being aware of it.


That leaves me to invent a new label based upon the
"gods' " apparent relationship to the human race. For lack
of anything better, I will simply refer to them as the
"Custodial" society, meaning that specific extraterrestrial
society (or succession of societies) which appears to have
had ownership and custody of the Earth since prehistory.
For brevity, I will often refer to them simply as "Custodians."
"When we compare ancient and modern ideas about how
mankind came into existence, we find two very different
versions. The ancient version is that an extraterrestrial society
had come to possess Earth and sought to exploit the
planet's resources. To make the exploitation easier, a work
race was created: Homo sapiens. Humans were treated as
livestock and were frequently butchered when they became
too numerous or troublesome. To preserve Homo sapiens
as a slave race and to prevent future rebellion, spiritual
knowledge was repressed, human beings were scattered
geographically into different linguistic groups, and conditions
were created to make physical survival on Earth an
all-consuming chore from birth until death. This arrangement
was to be maintained indefinitely for as long as the
Custodial society possessed Earth.
In contrast, the modern
view is that human beings had evolved accidentally from
"star stuff" into slime, into fishes, into monkeys, and finally
into people. The modern view actually seems more fanciful
than the ancient one."
"The derailment of spiritual knowledge in Egypt was
caused by the corruption of the Brotherhood of the Snake,
to which the pharaohs and priests belonged. As mentioned
earlier, after its reported defeat thousands of years ago
by its Custodial enemies, the Brotherhood continued to
remain dominant in human affairs, but at the cost of
becoming a Custodial tool.
To understand how the corrupted Brotherhood began to
distort spiritual truth and perpetuate theological irrationality,
we must first look at the early inner workings of the
Brotherhood and its method of teaching.
The original uncorrupted Brotherhood engaged in a pragmatic
program of spiritual education. The organization's
approach was scientific, not mystical or ceremonial. The
subject of the spirit was considered to be as knowable as
any other science. It seems that the Brotherhood possessed
a considerable body of accurate spiritual data, but it had
not succeeded in developing a complete route to spiritual
freedom prior to its defeat.
Brotherhood teachings were arranged as a step-by-step
process. A student was required to satisfactorily complete
one level of instruction before proceding to the next one.
All pupils took oaths of secrecy in which they swore never
to reveal the teachings of a level to any person who had
not yet graduated up to that level. This style of instruction
was designed to ensure that a student did not prematurely
attempt difficult spiritual feats or become overwhelmed by
advanced-level information before he was ready for it,
in the same way that one does not take a student driver
on treacherous mountain roads before the student successfully
navigates easier, but increasingly difficult, highways first.
Imparting spiritual knowledge in this fashion will be
effective as long as the levels are ultimately open to
everyone. When arbitrary or blanket restrictions are placed
on who may have access to the teachings, either through
overregulation, elitism, or by setting near-impossible conditions
for admittance, the system of confidential step-by-step
levels changes from an educational tool into an instrument of
spiritual repression. The Brotherhood underwent just such a
change. The teachings of the Brotherhood in ancient Egypt
were organized into an institution known as the "Mystery
Schools."
"Brotherhood monotheism was another piece of the Biblical
"revolving sword" to prevent access to spiritual knowledge.
It also allowed the Custodians to greatly elevate their own
status. As part of its new monotheism, the Brotherhood
began to teach the fiction that members of the Custodial
race were the physical manifestations of a Supreme Being.
In other words, Custodians started pretending that they and
their aircraft were the "one and only God." History records that
they used extraordinary violence to make Homo sapiens
believe the falsehood. Few lies have had as devastating an
impact on human society, yet it became a prime mission
of the corrupted Brotherhood, from the time of Akhnaton
to the modern day, to make humans believe that the Custodians
and their aircraft were "God." The purpose of this
fiction was to enforce human obedience and to maintain
Custodial control over the human population. In no case
is this clearer, or the results more visibly tragic, than in
the Biblical story of the ancient Hebrews and their "one
God" named Jehovah.
This here is a cool blog. Check it out. 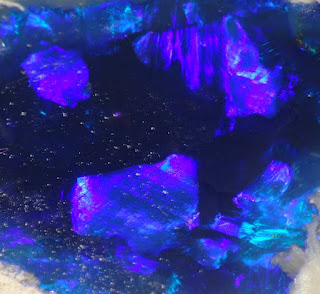 Posted by BELIALITH at 3:18 PM