I've always admired others who put effort into things that I have hesitancy about, because what they find, helps me to understand it better.... such as the Tarot. I've been frightened of cards for a long time. It doesn't just happen that one is frightened about something for no reason. I have had strange experiences which always made me to be very hesitant about delving into them.

For example, that time I was in Toronto and was looking at everyone that I knew, futures, through a regular pack of playing cards. It was Saturday and I had bought a book that shows you what each card means and how to tell the future through them. I did this all day in an effort to learn the cards by heart, and the expressions they give when put together in different ways. That is when that strange incident happened, where there was a banging under the house, but there is no subway under my place...and I had never heard those sounds before. Then the two cat fight, where I was rooting for one inside myself, egging it on. But suddenly to hear those two screaming cats sounds turn into metal screeching against metal, and the entire environment fill with an electrical very spooky environment, just at the stroke of ten, when it became dark in the middle of summer, on that still, warm August night. The guy I was living with, did not call that night, nor show up at home, the whole time. He never acted like that, never. It was one of the most intensely frightening things to hear, all night long, all different kind of animals, African animals, screaming all night long, and a cars doors opening and shutting all night, with its engine revving up or purring to the tune of my emotions. I was only 21.

Then a few years later, when I was living with some people in a house, I had my own room...this one young lady did the Tarot, and she once did my reading on her bed as I watched. This seemed to be followed by a poster on my wall crackling like it would fall off the wall, and everytime I went to check, it was firmly in place. Then it would do it again, but this time, just a little more vehement...like it hated me and wanted to frighten me. Then, following that, some very negative situations came into my life as experiences. These are two experiences I've had. But when I once visited a man who did the cards, I could hear strange sounds in his house. When I asked him about it, he says there's a spirit that lives with him, and I think I asked him if it was because of the cards? But that's what I thought, and that's what it felt like. Too many people who do the cards have spooky spirits around them. It's just something I don't want to deal with, as, I have dealt with those things most of my life anyway.

Maybe you do have to be a magician to play with cards? 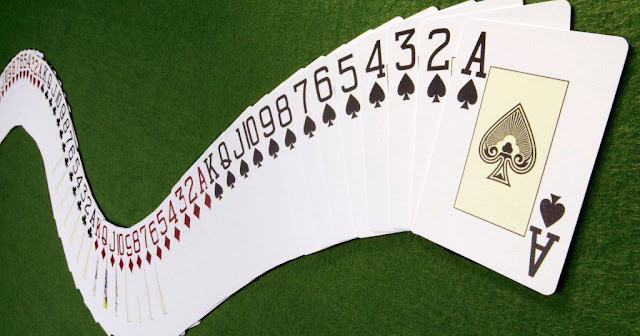