"Death is not a necessary rule in this kingdom. It is far easier to take the body with you. Then you never have to be born again through the birth canal and come into a consciousness which, regretfully, does not accept your memory."

So this body is a 'vehicle of expression' as Ramtha calls it. Page 103: "He comes here because he wants to live here and to be enterprising in emotional learning on this level, to obtain emotional understandings that he wants to fulfill within his being. That is the true treasure of your life experiences, whether here or on other planes or dimensions, for that is the only thing that remains with you throughout eternity."


Pg 104:
Student: Do we always have to be born through the birth canal in order to come back here?
Ramtha: To answer your question, master, first I wish you to understand that this is the plane of three-dimensional perception. It is the plane where thought is visible in the three-dimensional form called matter. This plane is the density of matter because thought has been expanded into a vibratory frequency called light, which then has been slowed in its vibratory frequency to become electrum, and from electrum to become gross matter, and from gross matter to become the solidity of this plane. The matter of this plane is thus light that has been slowed in its vibratory frequency and taken to its densest form.
In order for everything here to have the same density, everything has to vibrate at the same frequency. Thus your body is vibrating at the same frequency as the chair in which you are seated. This level exists to you because the senses of your embodiment have been designed to perceive the slowest frequencies of light called matter.
Because you are in your essence a light energy that is of a greater vibratory frequency than the density of matter, if you did not possess an embodiment of matter you would pass through the matter of this plane. Thus the body is what allows you, through its density and sense organs, to perceive and experience and interact with the matter of this plane.
So if you wish to be a part of this frequency, you must inhabit and be a part of a manifested body. One way to have an embodiment is to be born through the birth canal. The only other way to have a body in order to experience this plane is to be born through the birth canal, wholly maintain the integrity of self, and activate the entirety of the organ called the brain. Once you have opened your brain capacity to full use, you can at will command the body to raise its vibratory frequency to the point where it goes out of the frequency level of matter and into the vibratory frequency of light. That is called ascension.
Ascension is simply the means of taking the entirety of your being into another dimension of your accepted consciousness. Death is certainly one way to get there, but that means allowing the structure of the embodiment to fall into age and decay and to be no longer. Then you are without the embodiment. Ascension is taking your embodiment with you.
Those who have ascended this plane have mastered the ultimate, which is death. They have learned how to raise, through the power of their thought, the vibratory frequency of the body's molecular structures to the point where the body is taken with them into a light existence, thus forever bypassing death.
When you take your body with you, the body can be raised and lowered upon any frequency level you choose. So if you choose to come back into this frequency, you never have to look for another body with another ego in order to exist in another life, with another family, in another country. You no longer have to be born again into this plane of limited thinking only to undergo the programming of social consciousness and have to fight for the expression of self in order to regain your knowingness. You do not have to learn all over again that the body can be restored to the purest light-form from which it came. You do not have to learn again that this is just an illusion and a game.
Once you master ascension, you maintain your body forever and can come and go at will with your own embodiment. Then any moment you wish to be a part of this plane again, all you have to do is lower the bodily vibrations to where it vibrates at the same frequency as this plane, and here you are.
All here are capable of ascending, for that which lurks behind the illusion of flesh is the creator of all universes. And at your own choosing, through UNLIMITED THINKING, can make this manifestation occur. When you learn to master judgment against your thoughts and allow yourself to RECEIVE ALL THOUGHT, you have the power and the ability to become any ideal that you envision. (hence the saying, be as children, since children entertain all thought). Then you can do or become anything through thought. You can take your thought, concentrate it on the body, and command the body to vibrate faster. The body will then elevate toward the ideal that the thought holds steadfast for it. The whole of the body will begin to vibrate at a greater rate of speed. As it does so, the temperature of the body will rise and the body will begin to take on a glow. As it continues to vibrate faster, the matter of the body will go into pure light and then into pure thought. Then that which was seen is seen no longer.

Student: Is ascension what Jesus did when he resurrected his body and then reappeared?
Ramtha: That is indeed how Yeshua ben Joseph did it. That is what I did. That is what Buddha did. That is what Osiris, Om Akad, Yukad, and Rackabia did. And there have been thousands more that you are not even aware of.

Student: Is ascension something you forsee many of us accomplishing in this lifetime?
Ramtha: Very few will ascend in this life, for few will truly realize and appreciate what is being taught here. Most will die because they acknowledge age and deterioration, and they care for the splendid machine that carries them only to the extent that it looks good. Thus they will age and the body will fall into corruption, and it will die. Then the Spirit and soul shall be freed of their union with the body. However, in order to come back to this plane of density in matter, they will need a vehicle through which to express; thus is the rebirthing of masters.
Most here will die. But that does not mean that that is all for them. It simply means that the mask of the embodiment is removed and they will have to take up another. But if they do choose to return here, they will be returning to a consciousness that will facilitate ascension, for soon it will be an understood and accepted reality." 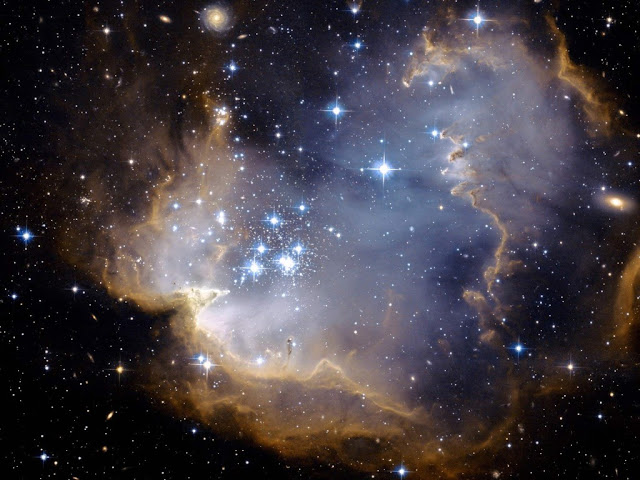 Posted by BELIALITH at 4:57 AM