Mental Health Through Will-Training, by Abraham A. Low


Now this man knows his stuff. He says in the "Preface": "More recently, the psychoanalytic doctrine has taken the lead and all but crowded out its erstwhile rivals. It established its hegemony in universities and philanthropic foundations and gained unquestioned prominence (right there, not good) in the province of psychotherapy. The doctrine appears to be in firm control (by the illuminati? no kidding) in the official psychiatric organizations, in the mental hygiene activities of the national government (obviously), in the veterans administration, presumably also in the hospitals of the armed forces. Official psychotherapy, in the United States today, is essentially psychoanalysis.
The author rejects the psychoanalytic doctrine both as philosophy and therapeutic technique. In point of philosophy, he cannot share the view that human conduct is the result of unconscious drives, sexual or otherwise. To his way of thinking, adult life is not driven by instincts but guided by Will."

In other words, you don't let your false personality take over and drive you around. You, the master, takes over and guides the entire structure that you are responsible for, by Will. By thoughtful Will. It takes thought. One must look at something, and then find the best solution for that aspect, and then gently guide the structure into where it is best benefitted, all the while observing carefully the process, making changes along the way while guiding. Like Tsarion says, it's a curvy path.

So anyway. The point here is, there is a need for awareness, consciousness. One can't be asleep on the job, such as this man from "Ramtha, The White Book." Ramtha starts by saying, "To experience those planes, they have to see God in all things and be as God is," which means take up your cross, you've been given an inheritance, take your responsibility and start doing what is required of you to earn your inheritance. Otherwise, you'll just pilfer it away. And that isn't character building. So, the illuminati are willfully pilfering their inheritance away. But you don't have to follow in their footsteps. You can firm up your chin and face the day the way you were meant to. With eyes open, ears open, and a ready gait.

But this guy that Ramtha tells us about in this specific story, is asleep, so that you could say his conduct is the result of unconscious drives...he wants to see God, but he has a false view of God, so he fears God, so he wants to shut out the terror which it causes in him to have, but all because of a false view which is utterly useless. Would he to remove that one view, it would no longer be an obstacle to him, and then he could see clearly that God is in him and all he has to do is allow himself to breath, to be, and he would be able to begin putting that whole persepective of himself to good use, and everything would make sense to him...but in this way that he is behaving... Look at it yourself:

So you see, it will be repeated over and over until they clean up their thinking and get that feeling of who they really are, and get on with the show.

The man ponders this and he looks at this entity and says, "But I love my wife. How am I going to be my wife's grandson?"
"From the time you are a small boy, you will adore your grandmother. By the time you are a man, she will have passed from the plane. Thus what has helped you to speak the love that is in your heart will have done its bidding; then it will be time to bring in new issues of seeing God in its beauty."
The man ponders this and he says, "Entity, who has helped me so much, when all has been made ready, I wish to become the child of my son."
The entity says to him, "The seed comes soon. When you see it, make yourself a part of your son's light."
"How do I do this?" And he looks around and, behold, to his amazement, the entity is gone. Instead he is looking at his son, for he has become a part of his son's light. Though his son knows not that he is there, feelings of his father have come more to mind recently. "If only my father could see me now," thinks his son. But of course his father does.
There comes a point when the child is within the womb. The man is going to be a part of the designing of this child through his thoughts and according to what he wishes his life to be. He may choose to take possession of the body upon conception or he may wait even till a year after birth to become the child.
The man is most anxious, for he is finding things most familiar to him. So he chooses quickly to become the child. Thus he thrusts forth himself and, in the twinkling of an eye, he has forgotten who he is. And the first thing he knows is the coughing in his throat and someone wiping his eyes and wrapping him in things that are ever so small."

"Adult life is not driven by instincts but guided by Will. In emphasizing the priority of Will over Drives he is merely echoing the principles and teachings of the late Professor Emil Kraepelin, founder of modern psychiatry, and those of the late Professor Wilhelm Wundt, father of modern psychology. Quite proudly he (the author) claims also to echo the voice of common experience and common sense. (Hahahaha. For sure.) Whatever may be meant by drives, be they instinctual cravings -the favorite psychoanalytic term- or emotional trends, desires, wishes, yearnings and leaning, they all eventuate in impulses, acting or ready for action." (And that my dear, is in the Will to decision, as to where it will be guided).


And exercising the whole rest of the planes, to action! 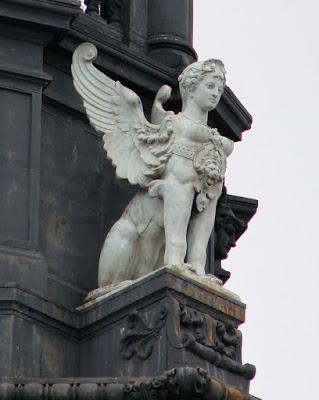 This man here, is an example of someone expressing their God self. They aren't afraid to show what's deep inside, outside. They finetuned to within,    and the beauty just keeps shining out. It's not about judgement. It's about finding yourself.

I wouldn't say this is for everyone. It's just an example of cutting loose from everyone, getting away from the blob, the collective, and concentrating on your individuality, in all the right places, and in all the right ways. You know! When everything just clicks.

Posted by BELIALITH at 5:18 PM