The Mtsar Forum is Live & Dangerous!

This is so funny, it's great. Hahaha. I love it. This man is so cool. When you go to his Forum (which is really a creative way to share information), he has a MISSION STATEMENT. This is it:

The world is mad, mad as hell. Sane people know this.
This forum is for the few sane (and truly intelligent) people
left in this crazy world. The sane are Outsiders and Teachers
who think for themselves. They can, however, end up doing
a lot of thinking and critiquing for others. This makes them
a THREAT to the unsane stupid people who dominate this planet.

The word "teacher" is synonymous with the word "threat." The
masses don't want teachers. They do not wish to do their own
thinking. No, the masses want fun, recreation, amusement,
entertainment and forgetfulness. They want tranquilizers,
consensus trance, and any escape that provides solace for their
anxiety - the anxiety from being alive and having to face REALITY.
Most human beings are scared to death of freedom and of
free-thinking people. Most men and women do not want freedom.
They want freedom from freedom. And the overlords they install
to rule them are only too eager to comply. Oligarchs have
nothing to fear until we learn the facts about the Master-Slave
dynamic.

I won't be the first man to be accused and libeled. I am called
anti-christian, anti-semitic, anti-islamic, and anti-democratic,
a neo-nazi, a white supremist, blah, blah, blah.

Actually, i don't care what I'm labelled. I will continue to expose
the abuses of religion, since it is the name of religion that most
atrocities are committed now and down through history. I will
continue to expose the fraudulence of christianity, zionism, islam
and royalty. They are all the same to me; founded and controlled
by demons in human disguise...madmen running wild.

Reserve your right to think, for even to think wrongly is
better than not to think at all - Hypatia of Alexandria

...he who keeps back the truth, or withholds it from
men, from motives of expediency, is either a coward or
a criminal, or both - Max Muller

Man lives in a sea of lies. Truth, like air to fish, is a toxin to him.
A few persons train themselves to tolerate small quantities of truth,
under careful controlled situations, called atheism, science and skepticism.
Socrates said the unexamined life is not worth living and prescribed
mind-expanding dialogues to help man get to know himself. Today,
many people feel they cannot afford the luxury of examining their
lives and psychiatrists prescribe mind-numbing chemicals to help them
hide from themselves - Thomas Szasz (Words to the Wise)

The best thing you can do for your fellow, next to
rousing his conscience, is - not to give him things to
think about, but to wake things up that are in him...
to make him think things for himself - George MacDonald

History teaches us that the person who makes others
dependent on him is worshiped and remembered, whereas
the person who helps others become independent is ignored
and forgotten - Thomas Szasz 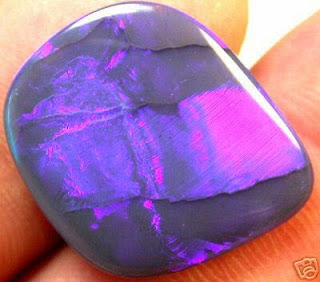