This is going to freak you out! Finally, we're beginning to connect some of the more mysterious symbols of antiquity. I was watching a video of a guy who made the documentary movie "Moon Rising," after he told about it in this video below. Then today I'm watching Dark Journalists video and oh my goodness, these three hairs, hares, rabbits, are beginning to appear quite clearly to be the aliens that are found existing on the Moon. Artists had painted them in the background into their oil paintings with religious figures in the forefront of the pictures. Here's the video of the man talking about his discoveries of the moon being coloured.


And here's the video with Dark Journalist


Here's the entire video of the Moon Rising documentary.
Nope! Looks like they took down the video!

At 59:07 of this movie he says: "And the end result"... yea, and the end result is that they are friggin predators, leeches, alien/extraterrestrial creatures that are sucking on the life forms of this Planet Earth! Check out this video:


It's perty disgusting what type of image they have in the mercury project logo. It looks like the seven has a tongue sticking out, and underneath is a cross, which in occult language represents something they call 'untouchables' meaning that they are labelled as useless, therefore not immortal, and therefore, edible by monsters...hence the tongue that appears to stick out of the number seven. (U know, like that tongue from the Rolling Stones albums). 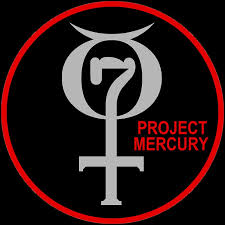 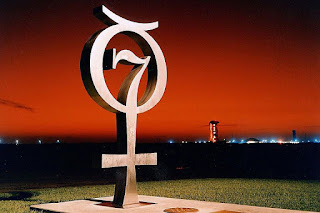 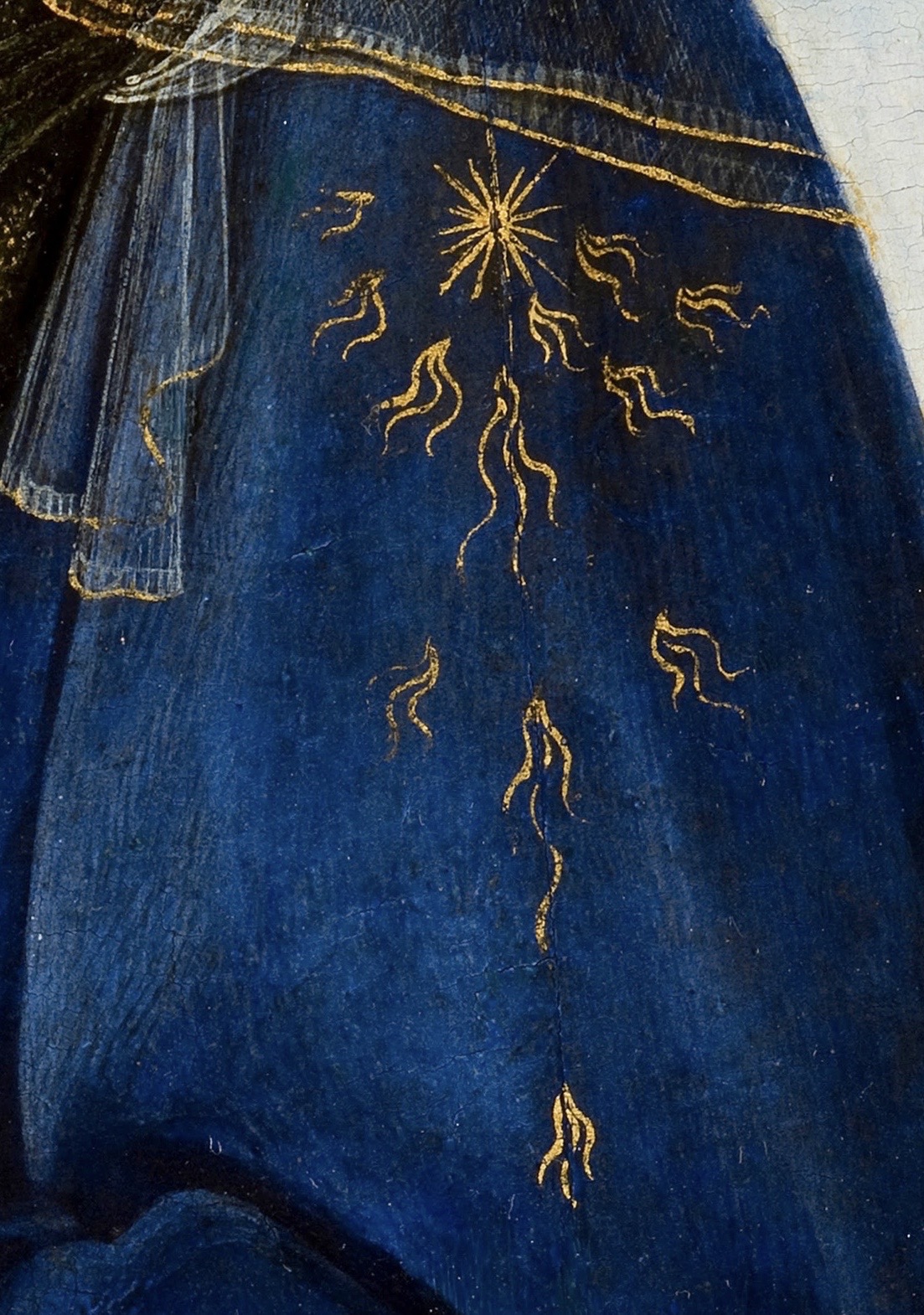 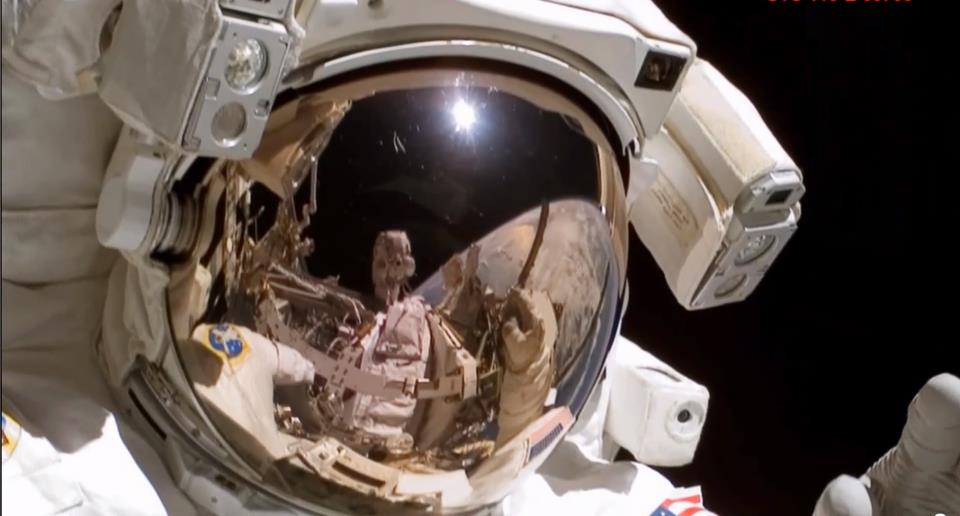 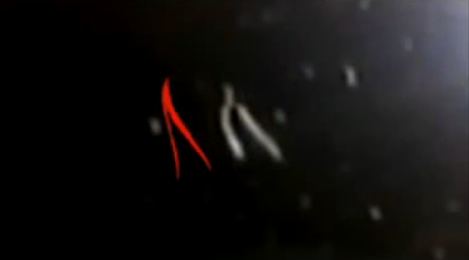 On the top left side of this picture you can see those three hair things flying up towards a golden coloured light or UFO and on the other side of the picture you see another UFO, on the right side where the man and his dog are looking up at the sky. 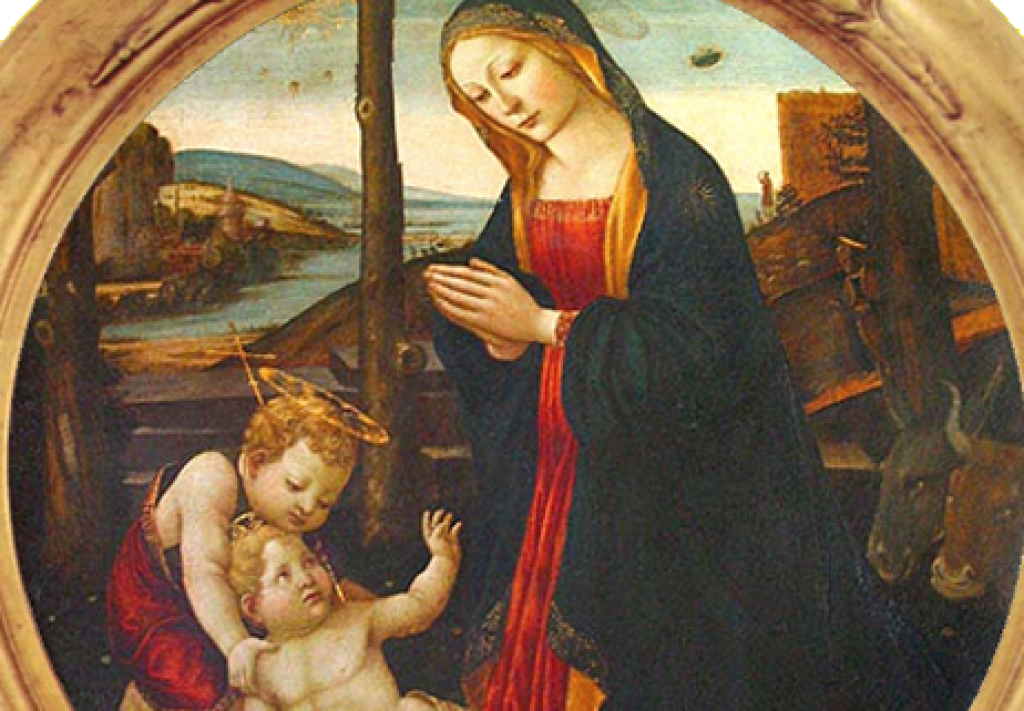 Link to this site (Madonna & Child with St John the Baptist by Domenico Ghirlandaio) and take a closer look through their magnifier at another picture which has those three hairs on the left side of the painting. 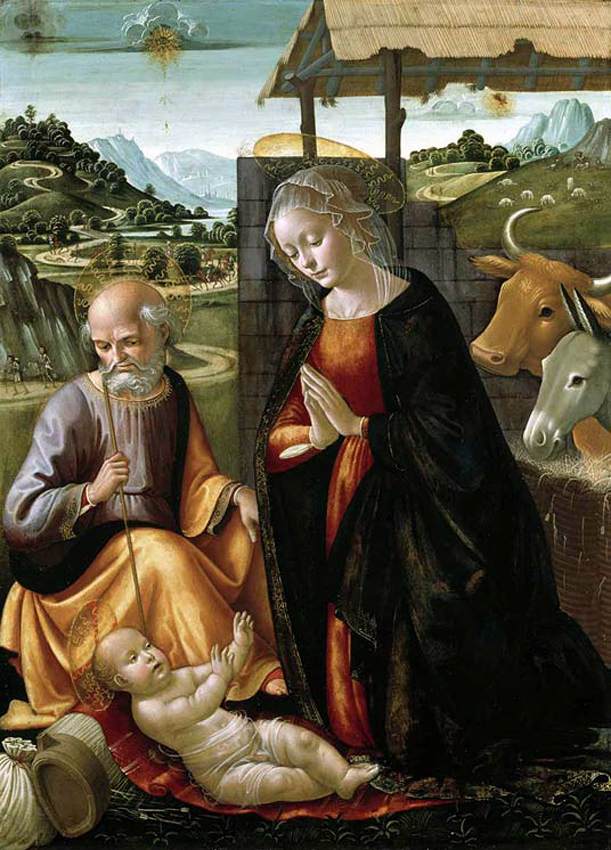 Oh, and look! They still hide in the clouds! 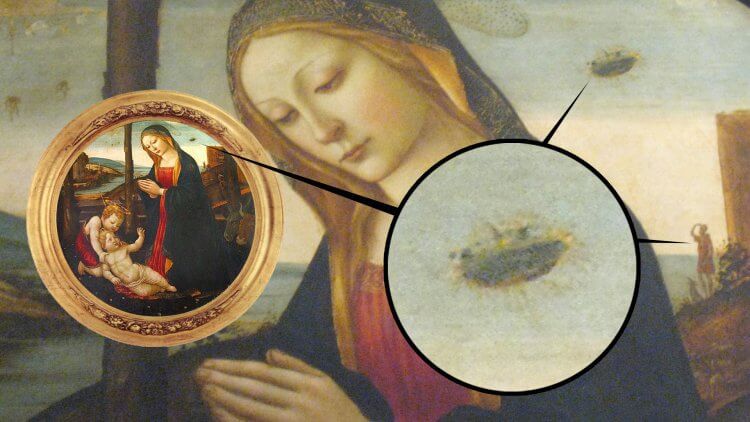 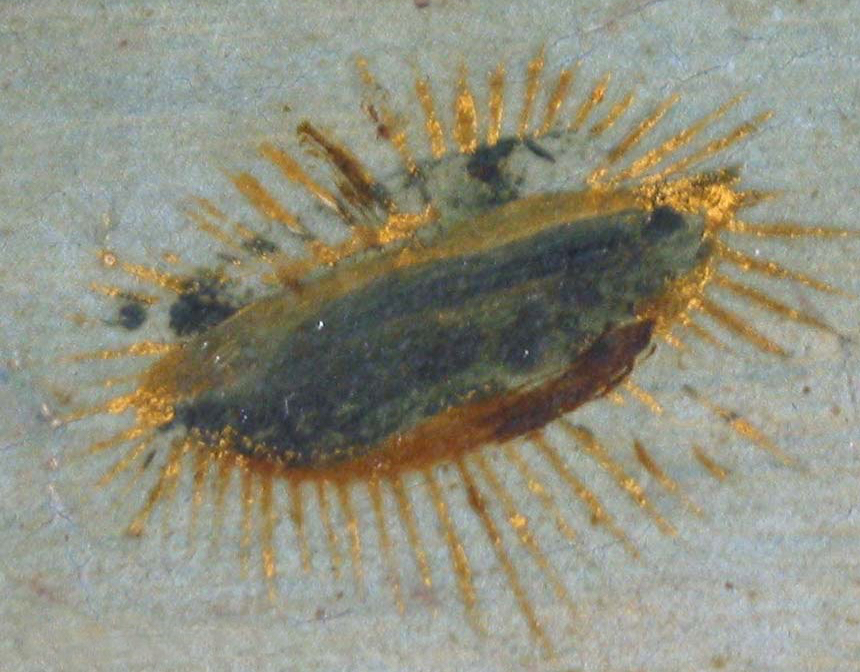 Here's another picture that has those three hairs flying up toward a UFO light. (this one here has a magnifier so you could look up close to see the detail) 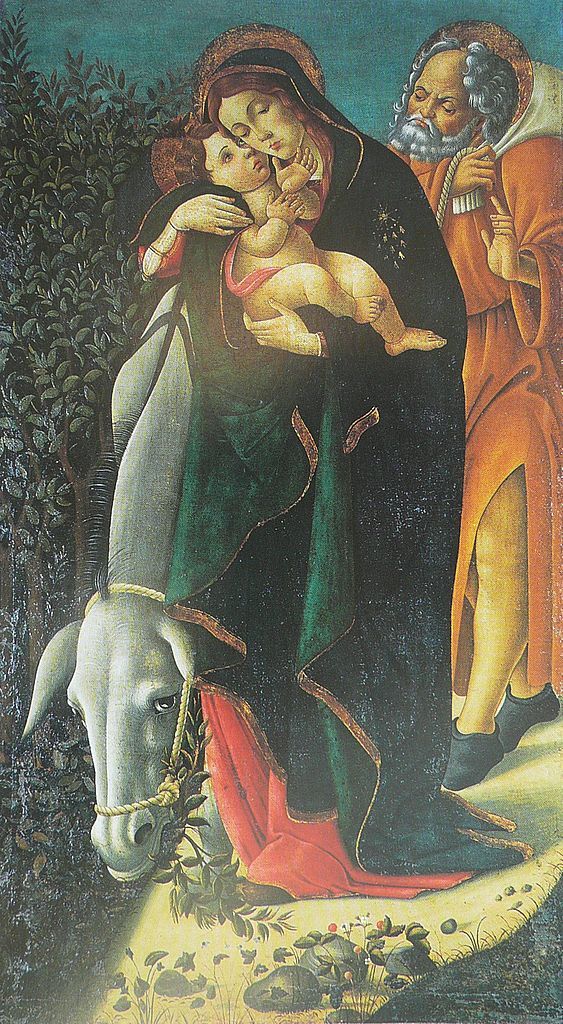 Here's the picture they were talking about in the video. 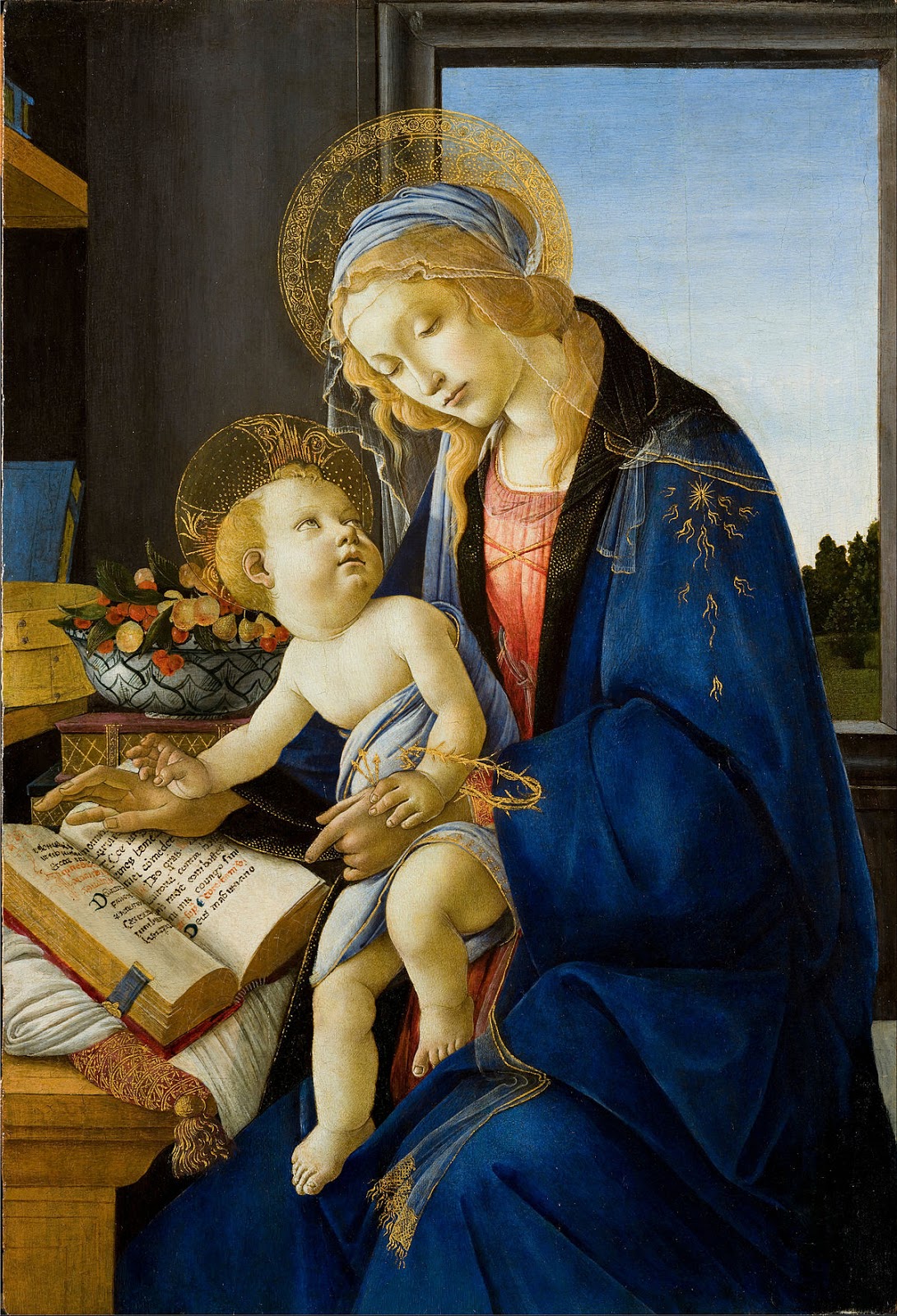 Gives you something to really thing about, huh.


Here are pictures of rabbits from medieval manuscripts

Here are pictures from Pinterest with the key word "Rabbit." 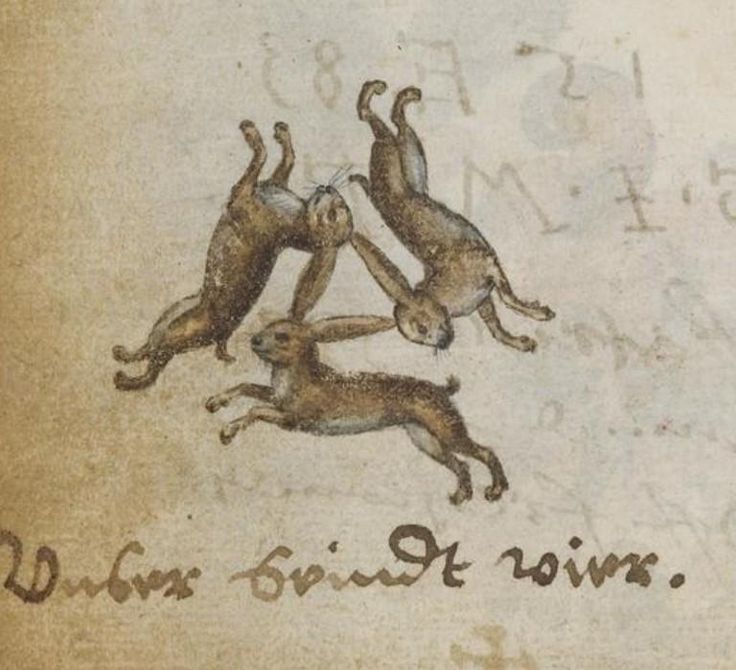 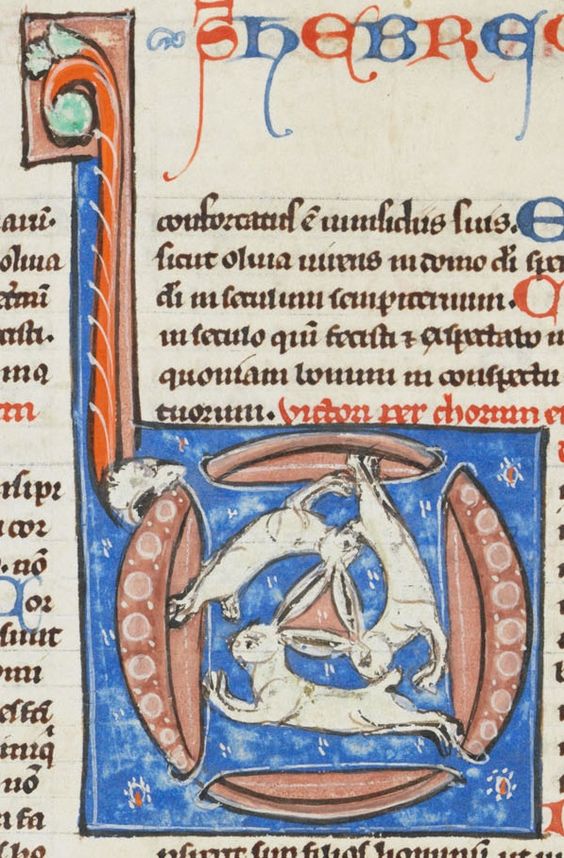 Link to this blog to look at all kinds of three eared structures.
It's in French and it's called Trois-Lievres.