"In this age of information you are steered away from the natural sources of gathering knowledge for yourself. You have been sold the idea that television is a great source of information. You damage your own consciousness and the potential that your consciousness has when you give over your time to television. You suppress your imagination and do not use one of the greatest gifts you possess. It will be understood centuries from now how in the later half of the twentieth century people were induced into dazed states and made to behave, to be asleep, and to be sick, through television.

Reconsider what you've learned about life and choose to listen to nature's broadcast, the voice of Earth, as she speaks."


This is excerpted out of "Earth: Pleiadian Keys to the Living Library." By Barbara Marciniak. 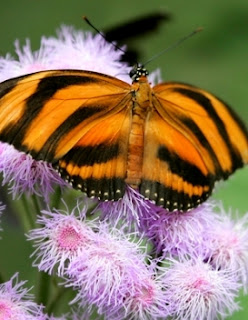 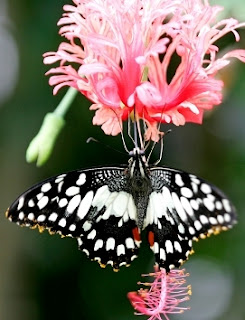 Don't be a 'Monarch' Butterfly...Shut off the T.V.
Go for a long-needed-walk in natural surroundings. 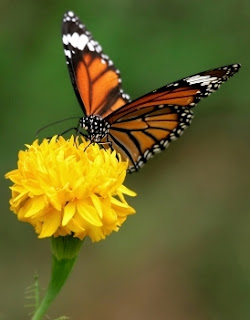 Does the Pentagon and the Whitehouse operate a secret sex-slave child porn ring? The evidence is becoming overwhelming. Cathy O'Brian, an ex-mind control victim and her "Handler" who controlled her, have put out a book recently called "Trance-formation of America". This book exposes the long-hidden underground agenda of the perverts in Washington. George Bush, Ronald Reagan, Gerald Ford, Sen. Byrd and many other Congressmen and high ranking officials are involved.
This is what happened in Cathy's case: She was abused by her father, a pedophile, who took pictures of children. When he was busted they threatened him with extensive time in jail unless he turned his daughter over to "The Program".
(In Cathy's case....check this out...CATHERINE
You make it up, but it has to be
believable.  They call it suspension
of disbelief.
GUS
I like that.  "Suspension of
Disbelief."
He smiles at her in the mirror.
hmm[clears throat]...yea...a suspension of disbelief.)
This is how they get the kids with their parents permission. The subjects of this program were tatooed with a "Monarch Butterfly" which represents the unfolding of a "New Consciousness" within someone. "The Caterpillar into the Butterfly". (or the Dog and the Butterflyyyyy i n  t  h   e     a      i        r       way up high)
This is actually the creation of "Multiple Personality Disorder". Would you to look into anyone who has "MPD" you will find most people with this disorder have a past which includes sexual abuse.
The child, when confronted with these feelings early in life, revert to creating a second personality which CAN handle the events taking place. This "Alter" personality can then be "Summoned Up" to do a drug run, assassination, etc. as in "The Manchurian Candidate". Sirhan Sirhan, Oswald, The Post Office employees, and many other serial killers, murderers, assassins, fit the profile. Many have had hospital stays in CIA-run Psychiatric institutions. There is a pattern.
Article From: http://www.freedomdomain.com/monarchmind.html
--------------------------------------------------
Oh Kay. What I want to talk about is this Catherine Tremel movie, Basic Instinct's scenes. One in particular. The end scene. For example...there is written up about that type of occurrence, in the Bible. It is where a man wanted to beat his enemy so much, and so, to get the courage, he punched an invisible wall, thinking he punched his enemy, and found out, to his utter surprise and delight, that his enemy was dead.
Hence, Basic Instinct's message when Catherine Tremel was grabbing for the stabber under her bed, because she noticed she hadn't killed him who was the subject of the book she was writing, so was pprrrracticing by reaching under the bed...knowing that would she to do him in then, haha, she would "Go To Jail."
Just like in the Bible story. You prAct isss ahead of time...and you get your 'dream?' come true. Mhm. Yes. That be it.
So anyway, how this relates to the lady who was in a Monarch way? Hmhmhmmm...yes, just look at it.
﻿The Predator's Pact
Posted by BELIALITH at 6:33 PM