Seeing that Rob Zombie is an artist, his vision was working naturally to the tune of things when he named his band White Zombie, as we can see now, the few "whites" who were 'abducted' through their minds had started a whole generation of white zombies, which in tech-nical terms would be called the Ill-uminati...and the disease spreads, just like psychopathy.

Anyway, this book is from 1977. A little less than 50 years ago and it's still the same ole story. Check it out.


"The expansion of these powers, which are able to turn young men and women into murderous criminals at will, goes on unchecked by the oft-called "investigative" press, by "moral" leaders at the bar, in the pulpits, in high government, and on campuses. Yet the people they call the public have long suspected that it has become government policy to control minds. If there is general information abroad on this subject, then consider that which must be at the disposal of congressional investigating committees as they bugle their determination to control the powers of darkness within our secret police.

Zombie is a quaint, old-fashioned folklore word but its meaning becomes obscene when our children's minds are being controlled by any one of dozens of federal secret police agencies. Have government agencies perfected methods sustained by the taxpayers to control the minds of
the people who shot the Kennedys, Martin Luther King, and Orlando Letelier, the former Chilean economist and diplomat. Were the assassins programmed to forget they did it or were they programmed to do it? We may never know for they stand bewildered, idiotically grinning for the
cameras. Have the technicians developed a model Giant Economy-Size Government Assassin which can easily be turned out by the thousands?" 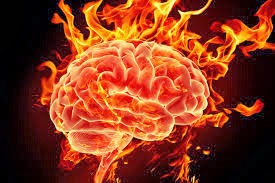