Sedgwick, Maine, the first town in the US to legalize any kind of food transaction as free and legal in order to keep the right to produce raw milk, organic produce, free-range eggs, and more, is revolutionizing the way America keeps its food rights – including saying no to GMOs. In other words, it is the first town to declare food sovereignty while opposing both state and federal laws.

The town has passed an ordinance that protects citizens’ rights to “produce, sell, purchase, and consume any food of their choosing.” The ordinance laughs in the face of FDA regulations and their hodge-podge way of giving food a rubber stamp of approval, especially GMO. Three additional towns in Maine are expected to pass similar ordinances as well.

The move is somewhat similar to a move one England town made, where the citizens transformed their entire town’s landscape into a giant food-producing garden. Both are great examples of moving toward food sovereignty.

It isn’t just a declaration on the whim of a few city council members. There is a warrant added: “It shall be unlawful for any law or regulation adopted by the state or federal government to interfere with the rights recognized by this Ordinance.” This means that federal interference is prohibited in our food supply – at least in Maine. If you can’t get Monsanto out of the government, take the government out of your food. It’s a brilliant way around the convoluted system now in place that almost gave Monsanto the right to be exempt from federal prosecution for its poison food and which tries to hoist it upon the whole Nation without consent.

“What about potential legal liability and state or federal inspections? It’s all up to the seller and buyer to negotiate. “Patrons purchasing food for home consumption may enter into private agreements with those producers or processors of local foods to waive any liability for the consumption of that food. Producers or processors of local foods shall be exempt from licensure and inspection requirements for that food as long as those agreements are in effect.” Imagine that–buyer and seller can agree to cut out the lawyers. That’s almost un-American, isn’t it?”

A simple seller and buyer agreement is entered into where federal regulations can be bypassed by the seller agreeing to consume food grown by their neighbors organically in their garden or by the farm up the street with their own hormone-free dairy cows that customers have known for decades. It takes the feds and their dirty Monsanto money right out of the game. It is commercially grown food that is killing us all, after all - not locally grown food.

For those with their heads in a noodle about bypassing federal laws, the citizens of Maine have stated, “We the radicals who concocted this mutinous act of infamy believe that according to the Home Rule provisions of our State Constitution, the citizens of Sedgwick have the right to enact an ordinance that is “local and municipal in character.”

In Maine, citizens can take advantage of local bounty, seasonal organic crops, and the good-old-fashioned way we used to produce food without Big Ag and commercial interference. Rural America is putting the big city budget of Monsanto to shame with this innovative way of taking down the monopolizing food giant. It’s about time ‘radicals’ in every small town across this nation did the same. 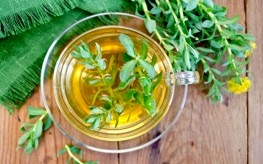 UC Irvine researchers have found that the common herb known as Golden Root, King’s
Crown, Arctic Root, or simply Rhodiola rosea, significantly increased the lifespan of
laboratory animals, namely fruit flies, and in a way that is different than other common means
of prolonging life. Normally dietary restriction is what makes lab animals (and people) live
longer. It is well known that limiting foods like red meats in our diets will help us to live longer
and more vital lifetimes, but the yellow mountain flower Golden Root was able to prolong the
lives of fruit flies without restricting their diets in any way, and specifically by affecting an
entire set of molecular pathways.

Flies usually live longer when the amount of yeast they consume is reduced, but researchers
even tried using golden root in fruit flies that didn’t have restricted diets, and it still worked.
Even more importantly, along with prolonging life no matter the sex or age of the flies, it also
“delayed the reduction of physical performance in older flies.”

The researchers, Mahtab Jafari and Sam Shriner, also found that Rhodiola can reduce
oxidative stress in both fly cells and human cells alike, so it is possible that Golden Root will
have an equally beneficial effect on our life spans as well.

Rhodiola has already been documented as healthful for humans by decreasing fatigue,
boosting our moods, and reducing anxiety and depression. It has been used by
Scandinavians and Russians for centuries to reduce anxiety and stress-related disorders since
it grows in high altitudes and cold climates. But Jafari and his researchers are now turning
their attention to Golden Root as a possible cancer treatment, to help with Alzheimer’s
diseases, and even to promote stem cell growth. Golden root seems to be an adaptogen with
many uses for our good health.

Furthermore, as long as you don’t dose more than 1.5 grams, there should be no side effects
associated with taking the herb. Recommended dosages usually vary from between 180 and
600 milligrams a day. It can be taken during times of high stress, or a few days prior to an
upcoming busy schedule or event or in low doses every day for the best benefits. You can
also use it brewed in teas, or mixed in with Bentonite clays to make a facial mask that will
rejuvenate your skin. 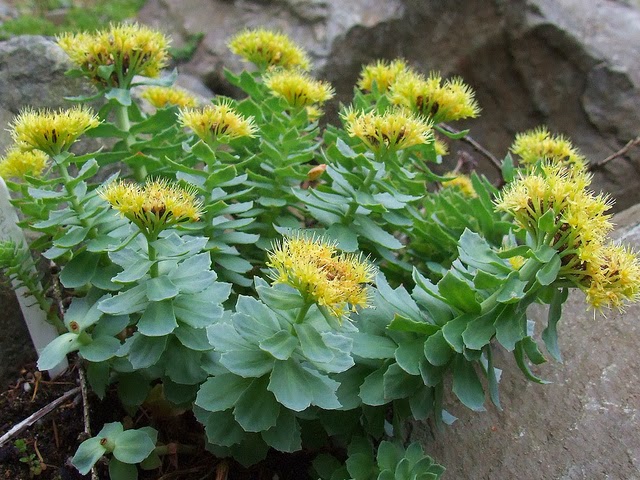 Posted by BELIALITH at 7:59 PM