To God Who Lives Within You

This PDF book is called

To God Who Lives Within You, by RAMTHA


It shows you that you don't have to die a physical death. You can ascend. You just have to use your mind a little more often, hehehe. That's right. Exercise your right to live. Use Your Mind. That's what Ramtha did, and he kept living, right off the face of this planet and on to ... where ever. It's up to you to find out where it leads.

Now remember Don Juan Matis the Sorcerer from the Carlos Castaneda books? Well, he did the same. So did Jesus. When they can all do it, so can you.

I send you my blessings. Many have already done it, it's just that there is no advertizement agency telling you about the success of these people who have all ascended already. You all know how mass-media beehives. They aren't going to run out there and stand up sovereign-like to tell you what you as a being are capable of, after all, like David Icke said, they got their ass in the air, their head in the hole....hahaha.... (ouroboros?) ...they're looking for God in all the wrong places. ("last one out is a dirty rotten egg.")

The PDF is 14 pages. Great stuff. Read it. Be inspired. Fathom your potentialities; oh the heights!

So before you go and think myth and stories are only fantasy, think again. I was just reading the story of Ramtha when the picture of Conan came to my mind. I went to go look up Conan, the dude from the comic books, and look what I found! The being who wrote these stories must have taken them from the memory storage and brought it back to life through this form, the comic book. How fantastic. Oh my gawd! My friend Tony Gray is writing a comic book about an Evil Sorceress. He took pictures of me in 2011 to use for the image of her. Hahaha. She travels through dimensions doing her sorcery. oooooh. Oh and there's another good book called "Women Who Run With The Wolves" by Clarissa Pinkola Estes. The book is about myths and stories of the wild woman archetype. My friend Susan first alerted me to the book. I found it so bewitching, I bought one myself. 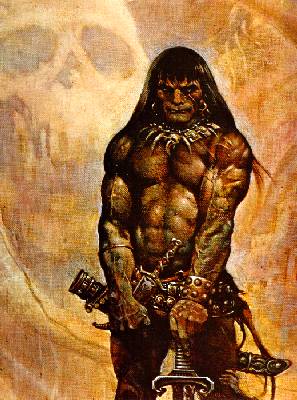 "Know, O prince, that between the years when the oceans drank Atlantis and the gleaming cities, and in the years of the rise of the sons of Aryas, there was an Age undreamed of, when shining kingdoms lay spread across the world like blue mantles beneath the stars - Nemedia, Ophir, Brythunia, Hyperborea, Zamora with its dark-haired women and towers of spider-haunted mystery, Zingara with its chivalry, Koth that bordered on the pastoral lands of Shem, Stygia with its shadow-guarded tombs, Hyrkania whose riders wore steel and silk and gold. But the proudest kingdom was Aquilonia, reigning supreme in the dreaming west. Hither came Conan, the Cimmerian (Ramtha, The Lemurian), black-haired, sullen-eyed, sword in hand, a thief, a slayer, with gigantic melancholies and gigantic mirth, to tread the jeweled thrones of the Earth under his sandaled feet"
~Excerpt from "The Nemedian Chronicles"

The Evil Sorceress, by Tony Gray﻿ 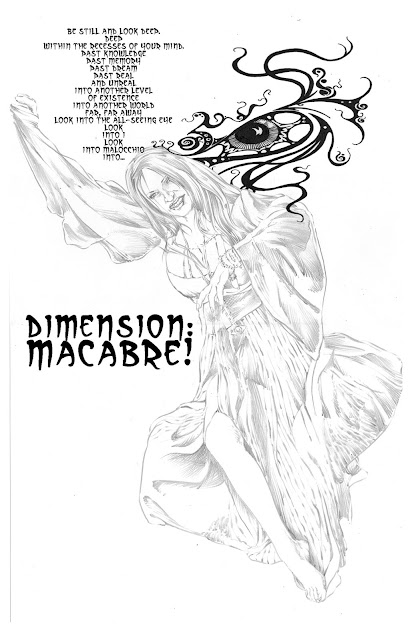 Malocchio,  Macabre
After all... you gotta burn everything until it's purified, don't you know? Even the Angels are helping!

The Hour Of The Dragon - Robert E. Howard

"There was more than blood and death and the
stench of war; there was life—far greater than we had ever perceived it to be." -Ramtha
The Night Chicago Died ... looks like the Dragon won't cut your head off tonight. It's the year of
the Snake.
Tiger, anyone?

Crouching Tiger Hidden Dragon.
(The crouching Tiger is Master Li Mu Bai, that tall guy who stars in the movie, and the hidden Dragon is Jen Yu, the little lady who is about to get pushed into marriage by her wealthy parents. So she's hidden because she puts on a mask and fights undercover for her right to be how and whoever she wants to be, while her parents play god and try to force her to do something she does not want to do. Meanwhile Master Li has just come back from the mountain where he discovered himself to be the sorrowing buddha, and after the breakout of the mysterious masked-'man', he crouches around detective-style to resolve the situation.

Of course the term Crouching Tiger/Hidden Dragon is used to signify an element of martial arts skill. You have to be really skilled to know how to use it. Anyway, let me tell you what I think of this movie's story. The sorrowing buddha, Master Li, haha is too much of a good guy. And lovely lady Jen is not. She's just the opposite but she plays innocent. When them two meet, it is like attracts to like, but they're opposites. The lady who loved Master Li was not exactly loved in return, that is, the way she loved him. He loved her more as a friend than anything else. That's why his heart was rare, fresh, new, for the entrance of the Dragon. He loves skill and so does she. They obviously are both not very interested in love things, but there was such a great attraction between them, it was more of a fight than anything else. So by the end of the movie, they both lost because they couldn't bridge the gap. Both of them were too stubborn. The one ended up one way and the other one another way...each on different paths, destined to meet in another life-time, to continue to find out what that strange attraction between them is...and hopefully to be strong enough, honest enough to stick it through and find out. So, there's my hidden meaning to this movie.)

All kinds of myths and stories.

Here's another one, and this one, as you can see, directly relates to Ramtha who was a man 35,000 years ago, walked up the mountain looking for God, was given a sword and told to conquer himself, and now look, he is ascended living invisibly in the inner existence the spiritual, like our ideas of angels. So this may very well be where the Archangel Michael myth-story first came from. This Ram, which symbolized the Aries, the first sign of the zodiac, the warrior, the one who uses his mind, the head. The leader. As well, you know how humans like to embellish things they don't understand, and the way the tyrants like to throw in lies for you to believe so they can control you, hence the twisted story of Archangel Michael, putting him into religious context where he never belonged to begin with. I mean, what the fuck? A sword? In Religion? You can tell something is really fucked up with religion when they don't connect that slaughter is not where it's at. But since so many are so materialistic in their views, I guess this type of story is the only way to tell it to them so they'll take some interest, enough to look. Through that one look, they may even begin to use their own mind. Hey, you know...they might even begin to think for themselves, hahahahaha!

--Joshua "looked up and saw a man standing in front of him with a drawn sword in his hand." When the still unaware Joshua asks which side of the fight the Archangel is on, Michael responds, "neither...but as commander of the army of the Lord I have now come"

--In a later vision it is revealed to Daniel that "at that time [the end times] Michael, the great prince who protects your people, will arise. (and he has come. As Ramtha, speaking through JZ Knight)

--Michael also has been associated with healing in other cases, as well as his primary role as leader of the Church Militant. He has been said to appear to Emperor Constantine the Great (d. 337) at Constantinople, to have intervened in assorted battles, and appeared, sword in hand, over the mausoleum of Hadrian.


And there are plenty of hints, such as this book:  100 True Ramtha Miracle Stories - By Russ Michael, with Forward by Michael 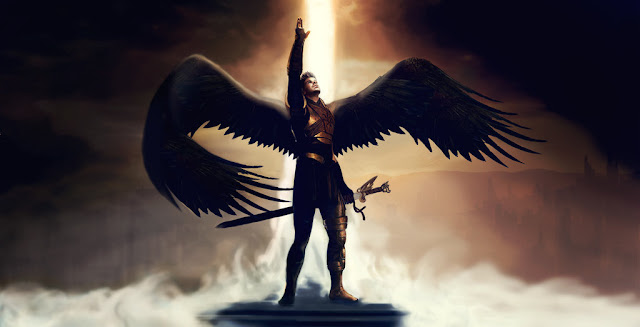