Balancing The Being Consciously

What we need to do, to function correctly, to function balancedly, is to re-order the way we use our brains. The first brain is in the heart center. The next brain is in the skull, and the next brain is in the gut. So in order to function properly, we must organize our consciousness to work through the proper order of brains. So here we are, a being, connected to a body. Put your being consciousness on the heart area. Close your eyes and feel what that area feels like. It's expansive, huh? Yea, it is. That is the Main connecting area. That is your god-self in the form, the master of the entirety, of everything. The Sun of the entire system. It spreads its rays throughout the entire system and there is a communication between that heart area brain, with the rest of the body's brains. It has a type of language that all the other parts of the body understand. And this Sun understands all the other languages that the body uses, those complex languages. (the ones that the brain in the skull doesn't seem to understand at all!)

Then you've got that little planet speeding away, all over the place, which never rests, called Mercury, that is, your brain in your head with all its thoughts. Focus on that area. Close your eyes and feel what that area feels like. You see, after you've experienced the Heart Area, you now know that this, Mercury/Skull brain, is the second brain, not the first brain! Doesn't it feel like it came from the heart? Well it did! It is Hearts companion. Mind is the companion of heart, not the master. The Master is the Heart. The Mind in the skull is the companion. They work together. (at least they're suppose to!) So, if you have a runaway brain, get it back into its place, where it will perform better following the Heart brain's communications to it.

Next we have the gut brain. The intuitional, bodily working, sub-conscious? brain. Yes, that one. The one most people don't even know exists.... no wonder they call it the unconscious or subconscious brain. But to become aware of its workings, close your eyes and focus on your gut area, just below your belly button. And see what that area feels like. Now that is some brain, huh? Did you feel the world in which it rules? That too needs to be taken into context. If you forget about that brain, then you're missing out on the whole. So put that brain where it belongs, and know that it too is, and that it is there, working along with the skull brain, with the Heart brain.

So you have God the Father brain, the Heart; the Son brain, in the skull; and you have Mother brain, the lower brain in the gut area. When you can clearly see how these three work together, then you can begin to create your own reality very nicely.

Ok, I'm going to put a wrench into this whole process that will make you think sharper. Mercury has a twin! Hahaha. Right brain has left brain, just like Father has Mother. So you got two sides to your skull brain so they can sharpen each other and stay sharp. So if your mind-set is only fear-based, then you're missing out on sharpening your faculties. You have to be aware that the equal balances are not good and evil, even though the illusion appears to be that. But that they are right brain --the higher thoughts, and left brain --the immediate thoughts. They work together.

So, quite interesting thoughts come out of this one.
The Luciferian mind that works with High mind, had to be lower but not so low as the others were, so that when Mother came, she was attracted to that mind, seeing through this one, she could help the others to grow, or fit into balance. Therefore, through him she birthed the physical Universe. But it was the craftiness of the Higher mind which brought them together, in order for this to have even occurred. Hahaha. Brilliant! Hhaha. What a place. So anyway. Lucifer connects to the Mother so that the children will have a place in which to learn and grow, and come back to the Father for Higher education. Ah! Now I get it. Finally! Hahahaa. And that's how physical forms were created, and have their shape. And the mother no longer cleans them, but they clean themselves. Independent beings! But of course, it takes responsibility to be independent, as well as courage. And so the Mother has come here to help out with that! Have courage. Hahahaa. Without courage, the abilities waste away. What's the point of being given so many gifts if you don't even bother to use them. They just sit in the closet collecting dust. Oh my! So get to work. Stretch that mind, and go play with some experimentation. You'll have fun and learn all at the same time.

-- "The soul's own revelations understood, are far more significant than any descriptions which other men may give. Unless we already bore within us the evidence for the great realities here to be considered, what is said would signify little.
-- "Yet it is precisely the new way of characterising old experiences which for many constitutes the revelation of the Spirit. The Spirit making the world anew, is no doubt the real revelation.
-- "The Spirit never pauses, and the great miracle is not so much what it leaves with us, as what it IS while it pulsates through us and achieves its work.
-- "Since it is the Spirit alone that giveth life, we may well reflect on the conditions under which the life is given, and learn the better to apprehend the Spirit's presence."


Here are more excerpts from: The Philosophy of the Spirit, by Horatio W. Dresser.


“There are times when we seem to be incapable of performing intellectual synthesis. But those are the periods when our wealth has increased faster than our powers of generalization. The resource is, rest, time for assimilation, for those marvellous syntheses of which the mind is capable when left to its spontaneous devices. There is a richness in these gradually developed syntheses which analytical thought can scarcely equal. Experience seemingly makes its own synthesis within us, and constructs into the totality of a new insight, data which appeared to be utterly inconsistent. To awaken into a vision of wholeness, where once we saw only fragments, is to begin to have a philosophy of Spirit.”

“Does the philosopher evolve an abstract starting point out of his own world, as a genuine account of the universe? Or, does he begin with experience, with all its irrationality, then progressively develop its rationality? Is the logical process purely formal, or does the logician deal with the actual subject-matter of human experience? What in general, is the concept of the immediate, psychically and otherwise, regarded? In the present inquiry, the study of the immediacy of religious experience is taken as a type of the general logical problem. The question, once defined, the next problem is... What method shall be pursued? If one is interested to evaluate human experience afresh, one must keep close to experience and avoid technical subtleties. On the other hand, one cannot be exact without being technical. The most promising course would appear to be this; to begin with actual, verifiable life, then introduce technicalities, only so far as necessary for precision.” 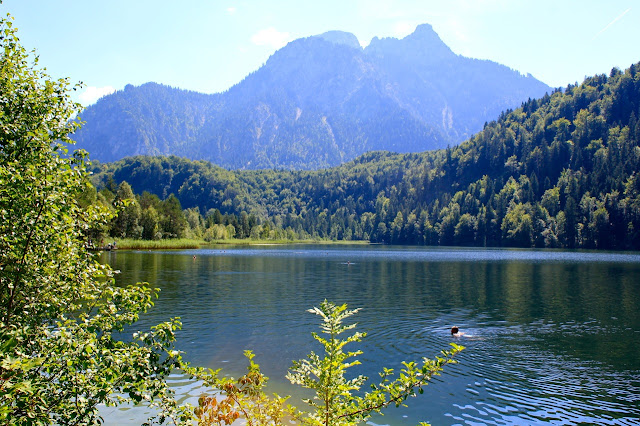 Posted by BELIALITH at 4:24 PM