The Father Is Always Present. "The Philosophy of the Spirit."


An, excellent writer, Horatio W. Dresser. Here I put some of his words, for meditating on, from the book, "The Philosophy of the Spirit."


"It has too long been customary to speak of God as static, fixed, immutable. We have been told again and again that "God created the heavens and the earth," as if that were all He ever could do. We have heard times enough! that God is inscrutable, that "His ways are past finding out." (yea, for the lazy! who don't want to bother with anything excellent).

"Hence, attention is directed to the thought of God anew. For it is neither a question of the "far-off divine event" nor of the mere deeds accomplished in the near-by present, but of the Power which EVER accomplishes. To dwell upon the remote event is to forget that God is even NOW giving of His life. To be alone concerned with the things done, is to be subservient to the "time-spirit," hence, to lose sight of all save circumstance. But to dwell in thought with the Power that works in all who labour, lives in all who love, is to begin to know what the Spirit is."

"It is plain that the idea of the divine presence has been greatly neglected. We have heard so much about the relativities of knowledge, the merely human condition and factors, that many have lost the power to believe. The same theorists who insist upon human relativities declare that God is "unknowable." Thus the same doctrine brings man too near and puts God afar. But the True God is discoverable amidst the limitations, if at all. The human factors, well in hand, it is opportune to consider the reality which is made known through them. The doubts which perplexed men for a season, were profitable, but, mere doubts are of little value until their positive content be made explicit. The considerations which make for a philosophy of Spirit are already at hand, already in the minds of the people, otherwise, it would indeed be audacious to undertake the development of such a philosophy. In fact, it is the awakening of the mind into freshness of conviction, even amidst the deadening sense of relativity, that may be set down as evidence that the Spirit exists."

"Our first need is to approach the conception of God from the immediate point of view which regards Him as the Father achieving a purpose."

"We are first to learn, or endeavor to learn, what God is doing, then from this concrete consideration, pass to the question of the essential nature of God. Our motive throughout is to direct interest afresh to the ever-living God of the human heart and of progressive achievements, in contrast with the agnostic argument which has steadily removed God from human ken.

There are two general sources of the agnosticism, which for several decades, has made it difficult for men to declare their positive faith in God. The critical philosophy of Immanuel Kant, and the philosophy of evolution. Kant's analysis of 'human reason' withdrew the interest from what may be denominated the "divine factors" of all our experience and thought. Our own rational constructive power was thus seen to be the central agency. The conception of God, together with the lesser conceptions of the world as a complete system, and the human soul as a real being, unitary, and immortal, thus became "ideals of pure reason" rather than ideas which implied positive knowledge of the existence of their objects. To be sure, Kant restored the higher objects of belief in his ethical philosophy, ie, as postulates of practical reason. Thus, as he himself said, he did "away with knowledge to make room for 'faith'." But the fashion in philosophy was set by his conclusions in regard to pure reason. It seemed poor consolation to restore the conceptions of God, freedom, and immortality as objects of faith, as opposed to objects of knowledge. The attempt to prove the existence of God in the old-time ontological way, not only ceased with Kant, but it became difficult even to believe in God in the former fashion. Hence, increasing attention was given to the limitations of human knowledge, the study of human nature regarded as relatively independent.

Likewise, with the philosophy of evolution. Although God was not left wholly out of account, the new philosophy gave rise to a tendency which has since become a habit, namely, to dwell upon the factors of heredity, natural selection, and environment, or to bestow emphasis upon such principles as "the survival of the fittest," the law of "use and disuse." Hence, the old-time theories of design gave place to theories of nature, in which little or nothing was said about purpose, save so far as the mere struggle for existence was concerned. Instead of indulging in the mere generality, "God created the world," men began to show how existing forms of life came into being through the gradual transformation of that which pre-existed. Thus the idea of God fell more and more into the background, and it became customary to describe what happened without reference to its ultimate cause."

"But except for the more profound scholars, it has made belief in the direct power of God, extremely difficult. And even for scholars it has been difficult, if not impossible, to reconcile the conception of God as Father, with the idea of God as the immanent agency of natural evolution.
Meanwhile, those who have "preserved the faith" are the less critical people who cling to the simplicity of belief in authoritative revelation. Such people not only unqualifiedly condemn the critical philosophy and scientific agnosticism, but discard the higher criticism of the Bible. In the midst of those who point out that the idea of God is essentially man's creation, they have the courage to speak "from God's point of view." If their assumption in thus speaking in behalf of God appears to be great, their humility is greater, inasmuch as they place so little stress upon their own thought, and minimize themselves in their zeal. One cannot agree with these people. It is impossible to take a backward step when man has once begun to think. Nevertheless there is truth in these contentions. Undoubtedly it is possible to make too much of the merely human self and its powers of thought.

The result of the interaction between the critical philosophy and orthodoxy, has been gradual recognition of the truth in both points of view. God has been restored to His place as creator, or rather has been given a worthy place for the first time. It is now perfectly consistent to be at once, a theist and a believer, in the gradual development of all organic forms. Many problems of the higher criticism are far from being settled, but the extreme views are surely doomed, for they assumed too much, and excluded even more. One may assimilate the results of such criticism, yet still regard the world, the travail of the human soul, from "the point of view of God." For the emphasis has been changed and a new view of human nature has taken place, of the one in which, only the divine factors in religious experience were considered. There is nothing to fear when the limitations of human language and thought are dwelt upon. The philosophy of Spirit wins its triumphs precisely by virtue of these relativities. Without submitting our beliefs to critical investigation, we could hardly have continued to believe.

The point of these discussions is not an eclectic or harmonising standpoint, but one which involves a reconstruction of the conception of God, and a new criticism of psychological and other human factors. Nor does it imply a naive return to the religious conceptions of man's childhood. It is first of all sympathetic, so far as the real objects of religious belief are concerned. But, the point of view will also prove to be progressively critical and reconstructive. It is frankly an outgrowth of modern thought. Such thought involves the gradual enlargement of our ideas of God, to meet the needs of the scientific conception of nature. It shows that we may well proceed as far as the philosophy of evolution carries us, and still insist that the idea of God has place, especially as, the most important questions concerning the origin of life, the transition from the inorganic to the organic kingdom, the transition from matter to mind, and the questions that relate to the origin of species, still remain to be answered."


What a brilliant man, hey? 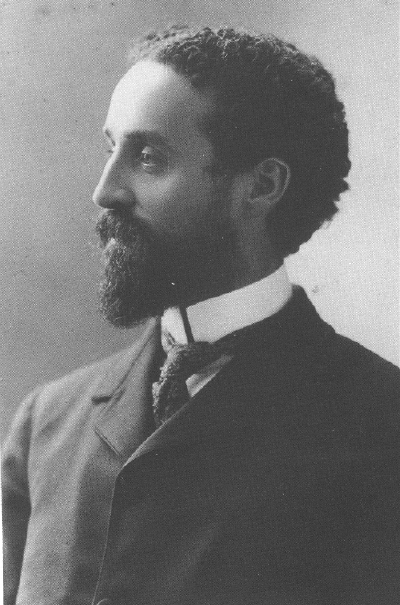 “If God was also present in that experience, the philosopher could hardly expect to describe everything that occurred. There is no reason for falling back upon a state of mystery. But there is ground for the plea that one must make allowances for factors that are more than human. One could hardly expect to know and describe the divine nature through and through. No one is able to enumerate all of God’s purposes, or tell how and when they are to be realized. Possibly God has access to man in ways which even the psychologists and critics of the Bible have been unable to discover. Modesty as well as reason constrains us to state what we discover on the finite side, and leave abundant room for what may exist on the divine part.
What we know is the experience of the presence of God, or the revelation from God, after it has made its impression upon man, not what took place before man felt the divine presence. It is perfectly legitimate to dwell upon the human result. But it is equally legitimate to speak reverently and modestly from “the point of view of God,” to dwell poetically, appreciatively, on the Godward side.”

Posted by BELIALITH at 6:01 PM