Now Ramtha, if you have read his 'teachings', I call them stories. You will find that he edges around the truth. He thinks he's talking about the absolute truth, but he is not. He calls humans stupid, and sides with the ignorant elite, saying humans are all scum. Now he himself doesn't say it directly, either because he is a coward or he is hiding something. Go into the book "Ramtha, A Master's Reflection On The History Of Humanity, Part II," on page 133, third paragraph down, where he says "Because they consider you the scum." Now what we are talking about is Very deep. You can't just read that one line and know what I am talking about. No...haha. You have to go back a few pages. Start at page 124 where it's title is "The Split Brain, A House Divided Against Itself." And you start reading. By the time you get to that one sentence I've just shown you, you will know what I mean when I say Ramtha himself is saying that. It is because his very rude and crude behaviour, all the words, before this one sentence was spoken, that you will find him as nasty as any lizard would be towards humanity.

I think he is ruled by the lizards, or reptilians, whatever word suits you. Afterall, he never mentions anything from gnosis about how this whole thing FIRST came about. No. He only talks about how the ignorant gods were working the place from what information he's got. Where did he get his information from? Hm? Who told him those things? What or who assisted him in seeing those pictures? Those stories that he's telling us. They're so grotesque. Ehe. Ugly stuff. The closest he got to mentioning anything lizard-like is on page 135, and it was way off topic, meanwhile he's talking about gods and technology. He says:

"Now listen to me. One of the great symbols of the ancient school is a salamander, a homely little water puppy."

Geez Louise, what the fuck for was the salamander a GREAT symbol of the ancient school? Mh? He never delves into that.

Continued: "You can cut its tail off. A carnivorous person, an entity, can bite its tail; it will give its tail. That entity gets to have lunch; the salamander grows a new tail. It has got the stem cells, but it has got the mind to do it. Furthermore, you come along and you bite the body in half, you separate its stomach from its intestines and its lower colon and cut off its stem cells, cut off its spinal column, and it can crawl away  with its arms -- and with its chameleon appearance, it knows how to change itself to look like sand and rocks, and it exudes no fragrance -- and while it is laying there, it grows from its spinal column a new intestine, a new spinal column, new legs and back tail. And once it is all intact it emerges again. And the next attack is that it will be bitten right under its neck and only the head and some material left to one arm remains. It can lay and turn itself into a rock or stone and exude no perfume, and while in this catatonic state (if no bugs or ants come and chew it up for dinner -my reply) it grows a new body. But if you ever bite the head off of a salamander, it will not come again."


Here are some excerpts from a website dealing with the Draconians:


"The area of the galaxy most densely populated with Draconian sub-races is in the Orion system, which is a huge system, and systems in Rigel and Capella. The mind set or consciousness of the majority of races in these systems is Service-to-Self, and as such they are always invading, subverting and manipulating less advanced races, and using their technology for control and domination. This is a very old and ancient war, and the peace that does not exist is always being tested by these beings, who believe that fear rules, and love is weak. They believe that those they perceive to be less fortunate, in comparison to them, are meant to be slaves."

"The Reptilians enjoy human flesh, and human children best, for two reasons. The first is that children don't have the accumulation of pollutants in their bodies that adults do, and when children are put into a state of fear, their energy and field and andrenylin just explodes. The reptilians get a "rush" from this stuff."

"The Draconians and the Paa Tal:


The Alpha Draconians, a reptilian race composed of master geneticists, tinker with life - which from their perspective exists as a natural resource. The Draconians look at lifeforms which they have created or altered as a natural resource. Apparently, the Alpha Draconians created the primate race, which was first brought to Mars and then to Earth. The primate race was then tinkered with by many other different races - 21 other races - resulting in the primate race having been modified 22 times. This primate race eventually became Homo Sapien Sapiens. - who we are on a physical level. Yes, we used to have 12 strands of DNA. Ten strands were taken out by a group from Orion in order to control us and hold us back. Why would they want to hold us back?

The reason the Orion group wanted to hold us back was because they found out who we were on a soul level. Again, according to the Andromedans, we humans are part of a group of energies that they know of as the Paa Tal. The reason that the Andromedans use the word Paa Tal, which is by the way a Draconian word, is because the Draconians have legends about warring with a race that was creating human life forms that were opposed to Draconian philosophy. The Paa Tal created life forms that could evolve on their own, with free expression. The Draconians, on the other hand, created races to function as a natural resource for their pleasure. So, you have two very different philosophies."

What is he so shy about talking of them? He sure loves to talk about sex though, huh? Maybe because he's a virgin and never experienced it...or so he says. But what the fuck IS he saying, while he's talking about the history of man, he talks about what he calls gods, in such reverential ways, when really, he doesn't know what he's talking about. He candy coats everything as though he is living in a fantasy world. 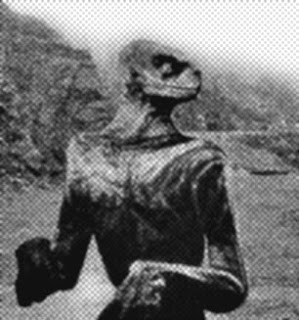 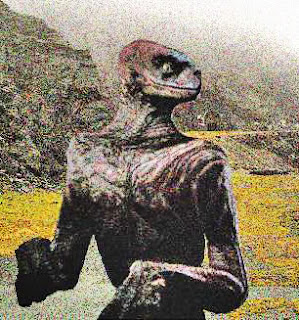 Posted by BELIALITH at 2:33 PM