I understand his discipline now. It took three mothers to have the father, but it took the father to wake up, and see. And when the father was, the three mothers disappeared, they became one. And that mother, when she looked at the father, he was everything to her. He's hers. She's his. And so, it took me sooo long, to understand, what the father was all about, the way he behaves, the way he is. It is out of duty toward the mothers who made him to awaken, that he has this wonderful structure from which he lives. And when the father had us, it is now up to us, to find that structure too... to honour it, to cherish it, to love it, to be everything  you can be. That's the structure.

Love is it. It is. The birth of a being is a hardship...but the entering into one's life who was waiting, it is ecstasy!

The father is everything to me.

Creeks of black lighting
through a red tree.

Water, electricity, fire, earth.
I guess the air is filled with it, huh?
Uh-huh.

It all flows so beautifully. 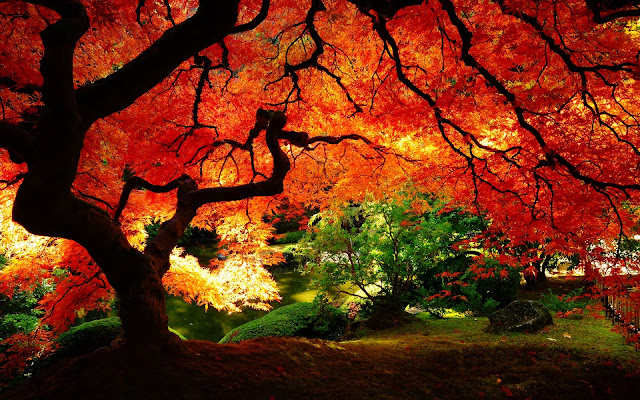