Bye Bye, To The Bottomless Pit For Those From Origani

This Awareness indicates this is a symbolic reference to consciousness eating itself, that those entities who have worked in those organizations of that secret occult force for these eons of time, whereby these forces have used their secret knowledge to perpetuate their own action, where these forces have used the power of money, the power of communication and the networks of education to confuse and intimidate the masses, to condition, to control and regiment the masses, where these forces have moved for these eons of time to categorize and identify the masses into those smaller and smaller portions of experience, into those more confined areas of being, into those greater and greater mechanics of regimentation, those forces have now reached that point whereby they begin to come face to face with their own excess, with their own over-specialization, and have reached that point whereby in their own over-specialization they are bursting through into the oblivion of the bottomless pit.

This Awareness indicates this action at this time is that which leads to chaos, but the "chaos" carries with it total bliss and harmony.

This Awareness suggests the  Law of Paradox assures there is always that which is the opposite of that which appears to be. This Awareness indicates in reference to the action of controls and order that this is undergoing a great change, and whereby those who are attentively attempting to create a greater degree of order through regimentation, through identification, and through categorization, that these are those who shall find their action come to naught.

Where entities may do that which they choose and that which they choose may be acceptable as part of the social order, where the order is based on that which is a natural process, a reflection of higher laws, (rather than on those contrived, artificial laws which are created by the imagery of those who would control a situation) where the movement of these natural laws are in harmony with the chaos known as the universe, and wherein these natural laws can be flexible enough to change and flow from universal moment to moment energies; this is that which begins to come together in this year of 1976.

This Awareness indicates that the action of those who are involved in the Illuminati, the action of those involved in all of the branches and actions of that organization, the actions of those who are involved in the oppositions to those organizations, these actions will all begin yielding and surrendering to one another in an action of some compromise, whereby a reconciliation between two polarized forces begins to take place. This begins with an action of approximately 5% reconciliation on the part of each of these organizations and on the part of the individuals, whereby that which is set in absolute certainty is receding 5%, and in that receding of all those 5% there comes about a total change of vibration on this plane.

This Awareness indicates this melting of consciousness, the melting of those structures and forces and those certainties of mind which have held entities trapped in concepts for eons of time, is now bringing about a change whereby the evil is not as evil, the good is not as good and the joy becomes overwhelming for those who experience this. This Awareness indicates that in the moment of these currents of ecstasy which are flowing in on this plane many entities will be swept up and deposited in these states of bliss. Those who cannot move in the currents of ecstasy may be swept under into the memory of past joys.

This Awareness indicates that there shall be a moment in consciousness toward the action of looking toward a gathering of new forces and of finding a way whereby entities may create a type of order that is based on communication, rather than on authority. This Awareness indicates this is that which is called the United States of Awareness and this shall be given in time by this awareness. This Awareness suggests there shall be a call for astrologers, to assist on this, that the need for certain types of entities capable of occupational classification, who are capable of working with astrologers in this action and others shall also be involved in this. This Awareness suggests the interpreter be brought out of trance at this time.

(Jan 1. 1976 New Year's Message with Paul Shockley as the interpreter)"

Back to the Master File 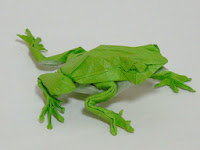 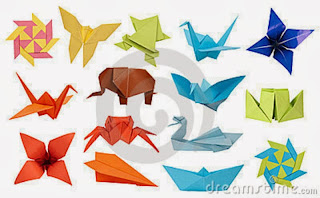 Posted by BELIALITH at 2:24 PM