Resentment As A Principle Of The Ego.


We're going to talk about this excerpt from Ramtha's book called "Crossing The River," Volume 2, No. 1. The excerpt is on page 60:


"...when it comes to the big important issues and why they seem to procrastinate or be postponed, we begin to wonder what is it in us that prevents this from occurring -- and I can tell you straightaway -- it is that you are not honest people; you are not pure in Spirit. And what that means is that there are neuronets of the shadow aspect. And the shadow aspect is what we endeavor to hide behind the mask with, and those are due in part to resentment."


Now let's look at resentment as a principle. Say this principle is in the ego. The ego is the separation from God-self, and so the principle "resentment" is in the ego place. Now Love is another principle and that which is whole, together with God-self.

So when you're steering your ship you must be careful of the rocks which will sink your ship if you run into them. Or the spider-web of resentment that will snatch you off your path. When you're steering your ship you must see where the web of resentment is, and know that this is where the rocks are which you must be very careful to steer your ship away from and stay in the path of Love for smooth sailing. So you see, the principle "resentment" isn't anything personal, except to the ego. Therefore when you steer your ship, it isn't anything personal either, that you steer clear of the rocks and make it cleanly to where you are going. Therefore when you look at resentment, realize, if  you are enmeshed, or caught in the web of resentment, then you have steered your ship into the rocks, and sunk it.

In order for you to get a clear picture of this, you meditate on what it means, resentment as a principle. Because it is there no matter what. It's a principle. So you can fall into it, that is, take part in it and lose your way, or you can see it as a chemical on the physics chart knowing what it is and steer away from falling into it by knowing what it is and where it be.

So that would be a shadow now brought to the light, and therefore the shadow dissipates, because you see it clearly. Therefore seeing it, there is no sense in resenting, since you know it is where your ship will be wrecked. Would you to self-indulge, then we can see you're not a good captain, allowing yourself to run amok in resentment, the rocks, the spider-web. Those who see this and understand it, are clear, they are pure in Spirit, because you have a view of the principles, and those principles are not attacking your ego, it is only the laboratorian course that you need to know in order to be able to choose where the best path is for you to go on.

Simple.
Be aware, and stay aware.

So! Resentment is like a bunch of nymphs singing out their siren song to lure your ship into wreckage. All the other childish ego's out there filled with bitter resentment are like that song of the sirens trying to magnetize you, to attract you to them into their childishness, to make you forget your goal, your path, your destination. So it does, it truly does, take a person who is ready and willing to think maturely and act soberly, to weigh out whether this childishness is worth indulging in, or to proceed with life itself, as a well developed adult, with an extraordinary mind. You know... someone who has delved into their potentialities and taken some of them out to exercise and make use of, instead of letting their potential sit in dormancy like childish people do, let their potential sit at 3%, or what was it? 10%. The mature thinking person will pull out some of those potentials and make it soar to a 50%, and more! when they see what wonders they've accomplished by not being childish with ego obsession.


Anyway, it's knowing where the "fruit" is at. If you want to eat, whell, with the childish ego you will eat shit. But if you want to eat well, succulent sweet fruits, then you develop, and you share your fruits with others who too have developed, and therefore you get a cornucopia of delights together. And truly, I tell you, it is sooooooo much niiicer, and waaaay better to communicate with another who is on your level, rather than one who is fruitless and only interested in their little animal self.

For those who might want to know what I'm talking about in the last sentence. Well, I told my friend Tim the other day.... There's the Spirit, the Human, and then the animal, or Darkwinism. You know? If you're not a Human then you're a Darwinian monkey. But when you finally realize your ego childishness is useless, you will step back up to being a Human. And once you are a Human, you will be able to see the Spirit and communicate with it in your own self in order to then become the Spirit. That's all.


I just read another part of this book which I'll excerpt here because it works so well with the sentence a paragraph above.... "I tell you, it is sooooooo much niiicer, and waaaay better to communicate with another who is on your level, rather than one who is fruitless and only interested in their little animal self."


And I completely understand Ramtha. There's this female friend of mine who has an exorbitantly selfish streak and is utterly blind to it. She thinks she's the only one in the room ever, or even in the whole entire earth. If it's not about her, it doesn't exist. So I'm talking to her about some very important subjects, but just like in the Ramtha tale, she jumps in without letting me tell the story properly and starts hashing up about her past. And it's always her past, or somebody else's life and mostly somebody she doesn't even know at all, such as a celebrity. But she is getting better because I've been paying close attention to see where the blockage is and I'm slowly bridging the gap between her lower and higher self...so she is getting better. Nevertheless I had to bring this explanation to show you all what BEING there is all about. You're not there if you're wrapped up in your own head and only hear what the other person says because you attach it to something in your past.

For example, some things spoken about have nothing to do with the past, but everything with the present and into the future. Like two days from the time of the conversation, your Spirit is going to show you something in your present moment that was being taught in that conversation. But if you're not listening, if you're only comparing it to something from your past, chances are you'll miss the entire benefit. So that's how difficult it can be to get someone unstuck from their own personal little animal world, in order for them to communicate with you like another mature adult, who listens, and then communicates their stuff in turn, where you listen, and there both learn. And there, higher friendships are created, instead of leader follower situations...which are dull and boring.

"And I will tell you something else. When you discharge your past, refuse to lay down those footsteps, refuse to go there every day, no longer visiting it, you may find that the unhappiness you suffered all those years will suddenly be lost in the present, and an unequalled freedom and joy will start to emerge. Why? Because there are no journeys backwards anymore. You may find that all along you really were a happy soul and needed to express that.

Joy is already in you. It is the radiance of the Spirit of God that moves through you. The shadows of resentment, guilt, and anger, self-failure and lack are the shadows that block that splendid light, and when we remove them, the light and the presence of the Holy Spirit is full force. That is what we call the pure in mind, the pure in Spirit, the pure in body."

Ok so. Listening to Ramtha speak, or Lucifer (while it lasted) was exquisite! You don't have to struggle because they're speaking their truth. But with my girlfriend I have to struggle, a lot! But the good thing is, I like challenges. Why? Because I know they will only sharpen me up better and so I utilize every moment I have, which will strengthen me. Sometimes you don't have to study mathematics if you're extremely well at art, in order to have a pleasant balance. I know. Take my word for it. Sometimes all you need to do, is put allllllll your focus, to put your full attention on what you ARE involved in, in such a way that now, even mathematics is comprehended by you. For example. I was talking simple language when I met a man who was talking highly sophisticated political language. He was having a problem. All I did was listen to him from every part of my being, and when I spoke in return, he was astonished at how well I had comprehended everything he said, and yet I spoke all those words in simple language. So you don't need to force yourself to learn heavy subjects which are grueling for you at the moment. All you need to do, is pay attention to what IS before you. That's how you become well balanced. And that's all you need. To be well balanced. So you sometimes lose your balance, well you have people who come along and help you get back into balance. That is why they say to not judge. Because if Lucifer could fall out of balance, he can also come back into balance. And if you're stuck in the past, then it is your disease....because Lucifer is back with God again...like it never happened hahahaha. But of course there's the learning ... it's what we're always doing ANYWAY! So get off that fucking bullshit of worshipping Lucifer or Satan. For one thing, you are not doing yourself any justice by worshipping another. And secondly, hahaha, "Poof!" You're worshipping thin air, something that is not anymore. Ha. Hahaha. Hilarious when I hear about the secret cults who do that stuff. Talk about the grand illusion. That's all it is. A fantasy. Doesn't exist. Sort of like, a demented mind. Nothing is real in it. It just needs healing to see clear.


Now then, let's wrap it all up with this last excerpt. Page 72:

"And then you will find beings of equal substance, and they will be the light of your life because they are what you are. And their radiance and their beauty is perpetual, and they have a song in their heart and a light in their eyes. They are equal to who you are. They stand in the present with you -- isn't that beautiful? -- compare you to no one, are no one but what they are. How beautiful that is. That is my God. Got it? How many of you got it?" 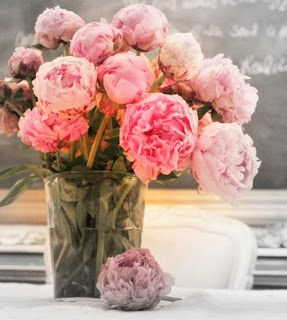