(excerpted from this site)

There are really ugly and unfeeling beings using the inventions of society not for the benefit of society, but to covertly manipulate and control people. This needs to stop. Life is not a game of that caliber. If you're playing that game, then know you have karma coming up which you can't manipulate yourself out of. Watch out!

In this video it shows just what they can do and how this perhaps may have been what was happening to those reporters who suddenly lacked the ability to talk. Below this video shows the patents being worked on which is leading to this gross misbehavior by some. Obviously these fields of technology ought not be put into the hands of ignorant 2-year old souls who have no conscience on how to use it.

Patentdocs, stay tuned to the technology 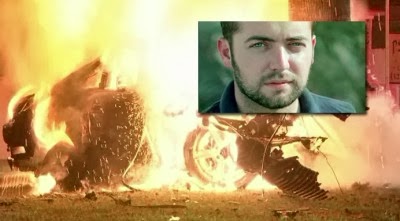 The widow of Michael Hastings confirmed that the investigative journalist was working on a story on CIA Director John Brennan when he was killed in a fiery car crash in June.

In an interview with CNN’s Piers Morgan on August 5, Elise Jordan said that the story on Brennan will appear in an upcoming issue of Rolling Stone. The story apparently relates to Brennan’s role in targeting journalists who were working on government secrets.

In its report on Hasting’s investigations, San Diego 6 Newscited an email from obtained by WikiLeaks, which alleges that “Brennan is behind the witch hunts of investigative journalists” who reveal government secrets. It was an internal communication within Stratfor, a global intelligence company with connections to the US state, with a subject line stating that the message was for internal use only and should not be forwarded.

The email went on: “There is a specific tasker from the [White House] to go after anyone printing materials negative to the Obama agenda (oh my). Even the FBI is shocked. The Wonder Boys must be in meltdown mode.”

Hastings died in the early hours of the morning on June 19, when his Mercedes exploded after apparently crashing into a palm tree in Hollywood, California. The vehicle burst into flames and the engine was launched 100 feet down the street. One witness compared the sound coming from the blast to a bomb explosion that shook nearby houses.

While initial eyewitness testimony indicated that Hastings had been speeding, new evidence is surfacing that questions such statements. According to the same San Diego 6 News report, a surveillance video taken from a nearby restaurant has been studied and shows that Hastings may have only been traveling as slowly as 35 mph when the collision took place.

According to San Diego 6 News: “That revelation is important because Jose, an employee of ALSCO, a nearby business, and a witness to the accident, told KTLA/Loud Labs (Scott Lane) the car was traveling at a high rate of speed and he saw sparks coming from the car and saw it explode BEFORE hitting the tree.”

Hastings, who was 33-years-old when he died, had received threats from government officials in response to his work. In one of his books, he revealed that a staffer of General Stanley McCrystal, whose career was ended in part by an exposé written by Hastings, had told him, “We’ll hunt you down and kill you if we don’t like what you write.”
In response to recent attention to Hastings’ death, a CIA spokesperson told reporters that, “any suggestion that Director Brennan has ever attempted to infringe on Constitutionally-protected press freedoms is offensive and baseless.”

However, the connection between the death of Hastings and the leaked CIA email raises serious questions about the death. Los Angeles Police Department officials have declared that there is no evidence of foul play.
Hastings was best known for his Rolling Stone exposé that led to the removal of McCrystal as chief of command in Afghanistan.

Following his death, friends of Hastings explained that the journalist had been in a particularly agitated state following the revelations of NSA spying by Edward Snowden in early June. Hastings was meeting with a WikiLeaks lawyer just hours before the crash.

Another San Diego 6 News report from July included an interview with Staff Sergeant Joe Biggs, a close friend of Hastings, who explained that journalist’s body was returned to family members in an urn, which was not in line with their wishes. The fact that his body was returned in this fashion raises even more suspicion regarding his death.

Biggs also released an email sent out by Hastings prior to his death with the following subject line: “FBI Investigation, re: NSA.” He suggested that his associates at BuzzFeed request legal counsel before speaking to “the Feds,” before adding, “I’m onto a big story and need to go off the rada[r] for a bit.” Reportedly, Hastings, who frequently posted to social media web sites, made no such posts during the final week of his life.

In reference to this email, Biggs told reporters, “This wasn’t an accident, and I will continue to investigate his death.”

Posted by BELIALITH at 2:02 PM