"Orion In The Vatican," by Danny Wilten, And Symbolism

This is an excerpt from Danny Wilten's e-book. Orion In The Vatican:


"Symbolism is extremely important in understanding our past because it represents the metaphor of an idea many times better than language."

For example, the saying: The mountain high and the valley low.

When you look at the symbolism in that passage, it shows a number 8. The heighth and depth. The crossing over from one side to the other, which is the center of the eight, which is the in-between the mountain and the valley. When you fold the eight over then it goes even deeper. So that's the importance of symbolism. It tells a story deeper than words can tell. 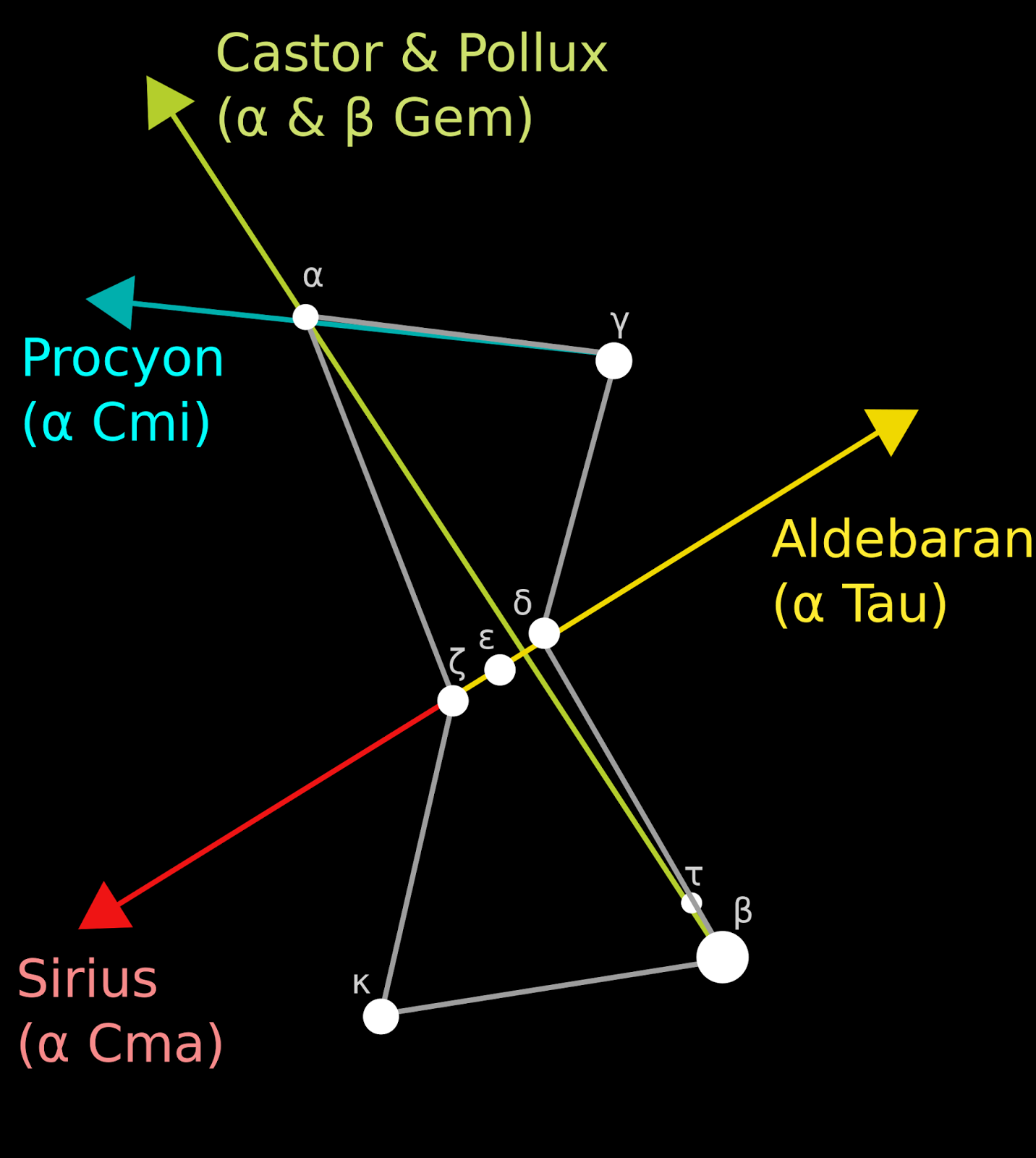 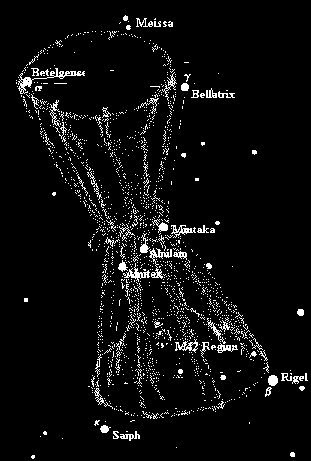 Nothing is from nothing. In other words, to put it more clearly, everything that there is, came from something. Some say the word "Nothing" or "Void" like as if something came from nothing. But that is out of the result of not seeing deeply. So they think that everything came from nothing because they can't see far enough to know who that something, that everything, came from, is. Would you to be able to truly See, you would see that everything came from Everything. And that everything is still alive and well. It is in everything. And let me show you how to decipher by using symbolism, for symbolism is the truest way you are going to get close enough to discovering who this everything is, and thereby understand your own self, situation, position. The how you got where you are at now. And then, the magnificent journey opens up to your consciousness a joyful experience. Because it is, it is so enjoyable to finally find out how you got here and what you are doing here. Everything just becomes worth it, no matter what you are presently struggling with.

The first thing you have to do is start becoming aware of the symbols. Symbols are not literal. They go out past all time and place, and yet there is order in them, to them. They are like a sign that tells you something which means the same thing everywhere else, and so it bridges the gaps between all the little steps which are unnecessary when you know the direction by the sign, that symbol. So it passes all those little steps that are only for those who are still looking in the literal sense for something which is on a greater and higher level than on the nose to the grindstone level. I was reading a book earlier, and I want to excerpt a part of it to show you how the symbolism was inserted in there, whether or not Ramtha the being who spoke those words, whether or not he knew what he was saying consciously in all multi-dimensions, doesn't matter. Those words are the symbols that are being portrayed out from the great Someone, Everyone, that those who don't have a clue call it nothingness. Because this Everything talks through everyone and everything. You see? You don't have to be consciously aware of it, but you may be speaking the symbols perfectly out of an Order that you are still as yet not aware of their Presence! That's why it's important to step back and look at everything from a different angle, not an egotistical personal angle, but a personal angle which involves your higher way of looking at things.

From: "Ramtha; The White Book"

"While I was recovering from my ghastly wound and couldn't do anything else, I began to contemplate everything around me. One day I watched an old woman pass from this plane clutching heartily the crudely woven linen she had made for her son who had perished long ago. I saw the woman pass in the light of the noonday sun, life ebbing from her body in choking strokes of weeping. As I watched the old woman shrivel in the light, her mouth opened to an aghast expression and her eyes became glazed, unaffected by the light. Nothing moved, save the breeze and her old hair. I thought about the woman and her son who had perished, and I thought about their great intelligence. Then I looked back at the sun, which never perished. It was the very same sun the old woman had seen through a crack in the roof of her hovel when she first opened her eyes as a babe, and it was the last thing she saw when she died. I looked again at the sun. You know, it was oblivious that she had died. I watched it as we buried the old woman under a tall poplar tree by the river.

As the sun set that evening, I cursed it. I watched it set upon the mantle of the mountains like a fiery jewel, scarlet-eyed. I looked upon the purpled mountains and the valley, already shrouded in mist, and saw rods of the sun's light gild all things and make them illusionarily beautiful. I saw clouds, once the pallor of blue, become vividly alive in hues of scarlet, fire-rose, and pink. I continued to watch the great light as it retired behind the mountains, now looming like piercing teeth on the horizon, until the last rods of its beauty had descended behind the last mount. I heard a night bird cry above me, and I looked into the heavens to see the pale moon waxing against a darkening sky. A breeze came up and as it blew my hair and dried my tears it made me sick in my being. You know, I was a great warrior. With a sword I could cleave a man in half in a moment. I had beheaded, hacked, and butchered. I had smelled blood and burned people. But why did I do all of that? The sun set in its magnificence anyway. The bird cried in the night anyway. And the moon came up in spite of it all.

That is when I began to ponder the Unknown God. The only thing I truly wanted was to understand that which seemed so awesome, so mysterious, and so very far away."

Here's a nice excerpt from a Cosmic Awareness book called "Lessons Of Enlightenment."

"The time has come to impart the Lessons of Enlightenment, for the ushering in
of the New Millennium. The Lessons are offered to facilitate the unfolding of
the New Age, which symbolizes the restoration of humans to their intended
evolutionary pathway, which allows for the maximum evolution and expansion
of Universal Consciousness. It is an era of renaissance through which entities
can awaken from the sleep-inducing, dogmatic and manipulative assertions of
mankind and realign with the divine source of universal knowledge which lies
within.

It is a time to celebrate the reconnection between the individual and the totality
of All That Is. It is a time to become receptive to the Divine Grace, the love and
faith that has been placed in humankind. It is a time to honor the faith, to acknowledge
and reclaim the resources and abilities that empower humans rather
than allow them to remain mired and enslaved within their own earthly illusions.
It is a time for every soul to rise to the challenge of realigning the spirit,
the will, the mind and the body. It is a time of joyous self expression.

The Lessons provide the light, but it is the task of the individual to enlist the
will and to actively choose the pathway to receive the light. This requires the
trust that each individual was created with the innate capacity to know, to experience,
and attune to an inner guidance. This requires the courage to set aside
those beliefs, and habits of thought and action that now severely limit the soul,
yet masquerade as the very truths for which humans feel compelled to fight and
to die. For the feelings are indeed instrumental in such choices, but not without
the understandings to be imparted in these Lessons.

The Lessons Of Enlightenment will arrive like pearls of wisdom, for each entity
to assemble into an invaluable adornment which can become an enduring talisman
against external manipulation and a symbol of the choice for, and commitment to
individual empowerment, soul development, to individual, social, and spiritual evolution,
to love replacing fear, to light replacing darkness, to the rejection of evil, and to the
unwavering faith in the Universal Divine. It is to be worn with honor, legitimate pride,
dignity, compassion and self respect. It cannot be worn if there is insincerity, a refusal
to question existing beliefs, denial of spiritual impetus, denial of will energy or violation
or denial of others. For such denial not only negates the soul, but also denies Universal
Consciousness and each individual's rightful place in the connectedness of All That Is.

The actions of the wearer will always defy any such attempts at deception, for
legitimate actions will always spring from a new motivative source, demonstrating
the understanding, the awareness and the grace that the Lessons
embody. The actions of entities automatically provide testimony to the degree
of alignment between spirit, will, mind and body. Indeed, upon grasping the
understandings that the Lessons provide, human essence, human nature, human
behavior, human evolution and human destiny will all become far less mysterious.

This is like a vessel of opportunity. This is a time of great potential. This is a
time for each entity to rise to the challenge of participation in the turning of the
tide and in the laying of the groundwork for accelerated development. This is
the time to realign with the Universal Divine, the Love Force, the Universal
Consciousness of All That Is. The vessel of opportunity has arrived.

Nevertheless, before you delve in wholeheartedly, here is some food for thought.

“I actually realized that, while studying the aliens, I made a serious methodological mistake: it is not possible to study the aliens without knowing beforehand how we ourselves are made. Pretty soon I understood that the aliens were looking in us for something that they didn’t have, something which we didn’t know we had, something that makes many men an integral part of Consciousness”

I mean, one has to be careful in a nervous Universe.
Corrado Malanga Videos Describing Their Findings