Alright, now that you've all had the opportunity to see the last few posts, this one is going to show you another way of seeing the truth. There is not an imaginary way that I am seeing it. I see it the way I see it. And there is no imaginary way that YOU see it. You see it the way you see it! So, let's continue to communicate. I'm not here advocating Marilyn Manson's strange taste in video. I am here to say that he is saying some very important things which are getting hidden behind more, accurately spoken, crass scenes.  And the reason for him hiding behind those expressions is that you have been adulating those expressions the whole time you were only interested in what you wanted, who cares about what is, or what anyone else wants. You just wanted what you wanted at a grave expense. So now, let's listen to this Marilyn Manson video without looking too strongly at the pictures. But let's just listen to what he is expressing, and then, oh my goodness, we shall know, hahaha, like the Mason's know!

Ohpe, I don't mean to be so rude. But let me explain some of the things he's saying.


Sin is to sin. Deep six, deep six. It means, when you talk about sin, then sin is on your mind. The only thing you are going to be experiencing and dealing with, is that. Sin. Now he don't give a fucking damn about that kind of shit. So he's saying deep six it, as in death to it. Down under the ground. Six feet under with it!


The reason Manson opens his mouth, is because of season. The season of integrating your hunger for the spirit. The Spirit has been lacking much, greatly, in this place. I too have opened my mouth looking for a drop of water. We're all only looking for ourselves. The Spirit within us. When we give it the attention it needs, we are fulfilled, satisfied, and our mouths need no longer open to something, anything, that quenches that fire.


Let me help you to understand what qvenching the fare iz.

When the devil is hiding in your house, help Kali discover it and remove it from your presence.
It starts by looking around inside. 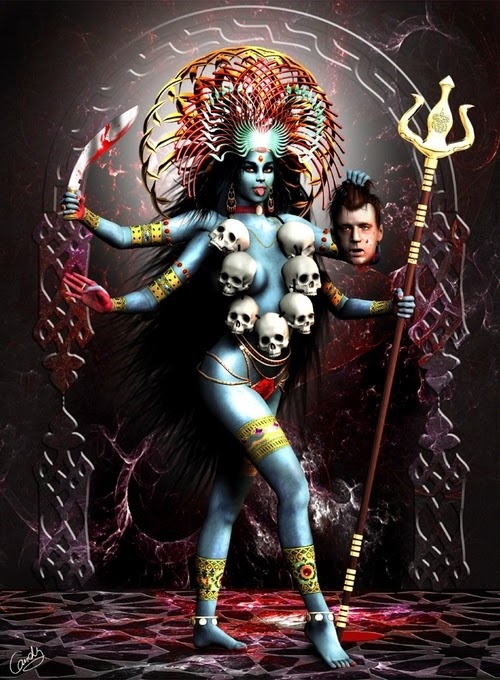 YOU, are, my, friend.
And I will always
cherish you.

I like this interview
The "white screens," what we're hiding behind.
So! The Blue and the White screens are the innocence. The Lucifer.
The Black and the Grey screens, are wisdom.
Posted by BELIALITH at 1:43 PM