Happy St. Patrick's Day To You!


Fellows, fellows in green arms.....and green shoes and green hats, ohhh  k  with me...heloo yoo who are a self made one...like I am, you too are.

Let's say; Saint Patrick's day was one of my absolute favorites for a short while but lasted so long, like a thousand years to your one. The way some information spreads itself so thoroughly because it has only so much territory but so much meaning, it must spread itself out and thick, in order to be displaeyd correctly before the queen. Wouldn't you know to bring that kind of stuff to the queen? Instead of handling it yourself? Like priests, they handle things they don't understand and then they act like they know. But good for you, for not knowing so much more than you really do, and thinking to bring it to the queen who does know much more, in order to understand that which you bring her, and she is grateful... we all grow together.

But now... no longer is Saint Patrick's day the most favored day of the year for me....for, my sister who was my best friend, no one ever, like her, she passed away on March 16, 2013, the day before Saint Patrick's and after that, I couldn't celebrate it the same way. We do grow up, we do learn, but we also suffer in the mean time. There is no getting away from it. It's in your face, all you can do, is deal with it. That's it. Nothing else. If you don't want to deal with it, that's your way of dealing with it. If you do and you find, then let me know, because I'm looking. Thank you. Now let's enjoy some Irish music for Saint Patrick's day. 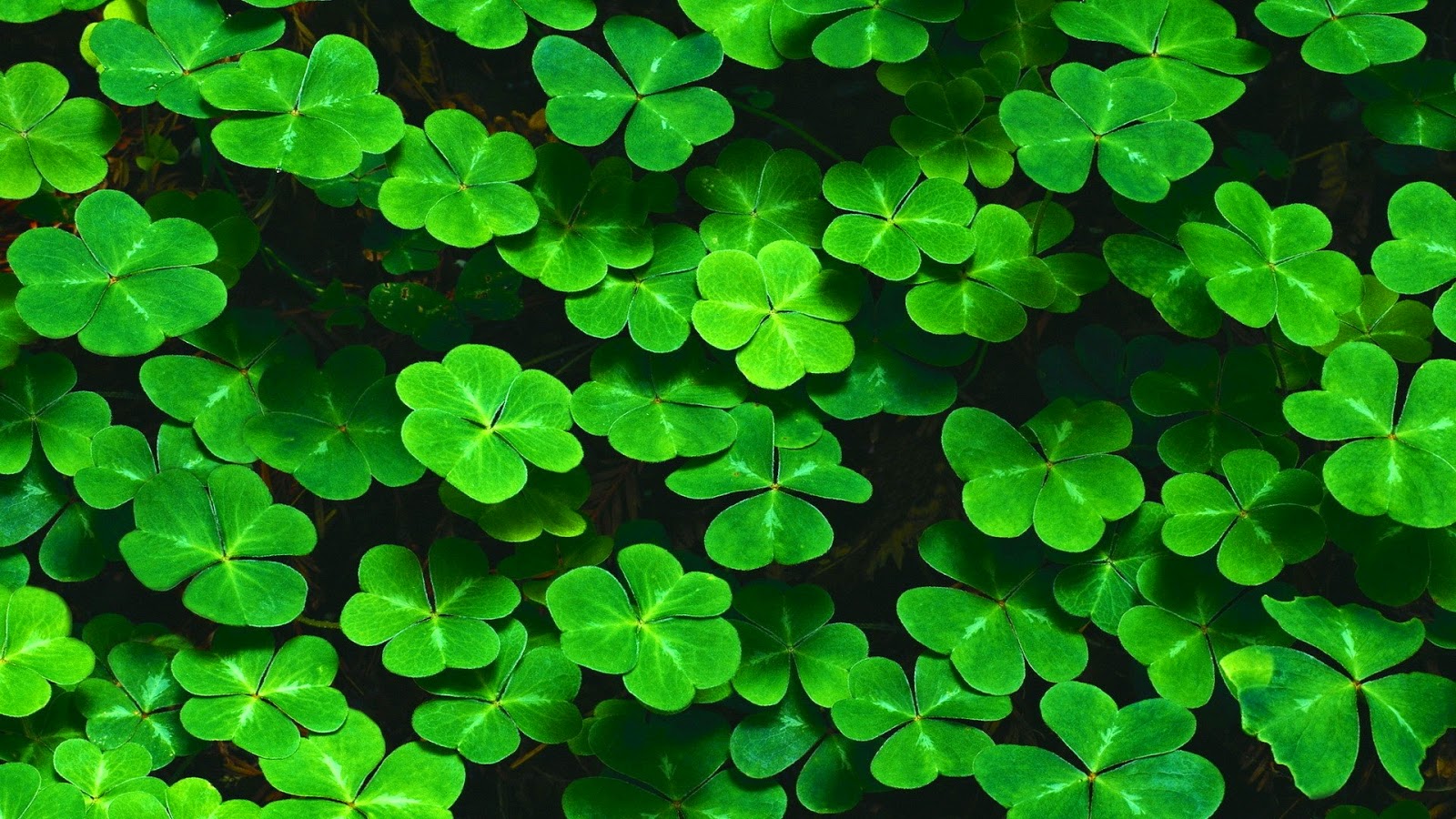 Alright. I got a story. A cool cool story. Once upon a time, I wanted to know what it was like to hold a 4-leaf clover in my hand. I dedicated most of my day to looking for one at the side of the house where I was living at the time, my parents house. I looked and looked, but nothing.

The story really starts at indoors, where I asked my dad if he ever found a four leaf clover. He immediately lit up like a person in love and in a sudden trance he was telling me of the time he found his first four leaf clover, in Croatia. The thing that was unusual to me is that he was thinking about four leaf clovers as a youngster when still in Croatia. The thing that I found unusual about my father is that he always celebrated Christmas, Easter, and other things like Halloween while we kids grew up in his house. He knew every different holiday all about the world, which was important in the part of the world he inhabited at the time. So when I heard that he had found some four leaf clovers as a young man, I was really inspired to find my own four leaf clover. I thought, ok, I've seen clover growing at the side of the house, let's go, we'll look there. So I left the presence of my dad and went to the side of the house to those huge clover leaf patches and started looking. I looked, and I looked, and I looked. I began to think I was luckless hahaha. Then I saw my mother at the end of the property sitting on the picnic table reading her Bible. So I decided to go to her and ask her if she ever found a four leaf clover. When I got to where she was sitting I said, "hi mom. dad told me that he found a four leaf clover when he was in Croatia. Did you ever find a four leaf clover? She suddenly lit up like the sky just opened and the sun touched her face, and she started talking about how she found her four leaf clovers too.  After I listened to her story, I said, mom, I looked and looked and looked all day in the patches next to the house, but I couldn't find any. She responded by saying, as she stretched her foot in front of her and with her toes she gently moved the tall clovers that were there all around the picnic table, she said, "Look here." And I, somewhat amazed, hahaha, to say the least, just began looking.

As soon as I started looking, I found my first four leaf clover! I was so happy. I told my mom, and she smiled, told me to keep looking, and then she went back to reading the bible with those cute glasses on her face. I dug back into those tall clovers and it wasn't long before I found another one. After the third one, I stopped bothering my mother and just kept my nose to the grindstone. I had found Seven! four-leaf clovers that day! I was so impressed with my mom! I thought she manifested all of them there just so I could have the experience of finding one too! But I found 7! Seven, do you hear me? Seven. I found seven four-leaf clovers that day, at the foot of my Mother. Thank you. That was my true story.

Happy Saint Patrick's Day To You! May you find seven 4-leaf clovers, too, in your life!

The post...just below this one....that March 16th post? Well the link to the saying in the title can be found here, if you're interested in reading some more about that stuff. It's called: "The Dialogue of the Savior"