I'll Show You How Spirit Speaks

Waking up this morning and remembering last night about my discovery that the entity dictating to Helen Schucman was not Jesus Christ, I asked the Spirit whether that book was any good to read, and they told me no, that it was a lie, whether there are some things that make sense in it, it is not worth reading because it is based on a lie, and I was told not to read it, even though curiosity makes me want to read it to find out how their minds work. I was told they are from a very different planetary system.

Soon as I was downstairs making myself a tea, I heard that entity who had entered my life back in 1984, who I had been studying because I knew that one too was a lier, I suddenly heard him say he hates me, haha. I guess his venture failed. He knew that I knew it was not Christ when I asked the Spirit this morning and the Spirit pointed inside of me to the direction from where I hear that entity's voice who always bothers me, and who Christ tells me to ignore, that that too is the direction from where those entities who dictated to Helen Schucman came from. So I knew then there was some kind of conspiracy behind that Coarse in Miracles.

So I was now sitting at my computer and wondering well what book to read then. And Spirit guided my mind to go pick up "Not In His Image" by John Lamb Lash and I did. I picked it up and went to where I left off at. And this is what I read. Haha. The perfect indication of what that dim-witted curse in miracles is all about.

Not In His Image, by John Lamb Lash
Page 146

"To recognize the presence of Shakti-Sophia in the natural world is the innate gift of all indigenous people, and it was the discipline in the Mysteries where men and women sought to enhance and intensify that recognition to the highest possible degree, giving them precise and intimate knowledge of biological and geophysical processes, including direct access to biochemical activity at the molecular level. Those who made a sacred commitment to knowing Gaia were called phosters, "illuminators" or "revealers."

"Revealed religion" admits only a single and exclusive revelation to certain male intermediaries who preserve "God's word" in books, but the way of the revealers was an open, ongoing revelation of the Divine in its cosmic and terrestrial dimensions. The text they read, and wrote, was not Holy Writ dictated by the father god, the absentee landlord of the earth. It was a vital code, animated and animating, written on the planetary body of the Goddess."

Oh look, further on down the page John Lamb Lash writes: (about becoming a shaman in the telestai of the Mysteries) It says;   "Mystery adepts who were responsible for the cultivation of human potential to its optimal level took great care not to risk schizophrenic damage with their pupils and neophytes. They realized how easy it is to induce and exploit schizophrenic states that can arise spontaneously in the process of initiation.

The requisite lowering, or total dissolution, of the ego-self produces high suggestability in the subject. Neophytes in the Mysteries were prime subjects for "imprinting," the process in which a predetermined psychic content or program is implanted in the subconscious mind."

"In short, the psyche can be trained to imitate behavior modeled for it ritualistically, or repeat assigned behavior when exposed to a specific signal (posthypnotic suggestion). Such manipulations of the psyche depend on the primary condition for initiation: temporary dissolution of the filter of self-consciousness."

Think about it. The entire "Course of Miracles" falsely attributed to Jesus Christ was written entirely about how to dissolve the ego. Obviously they are looking for a way to imprint people with their program. Oh what one can discover when one looks into something, huh? So don't go for that crap in that book, pdf or in paperback. It's a trap.

Check it out. Perfect trust huh? In who, someone we don't know? A donkey? A snake? A lion? A lizard? Someone not in His image. The 'real' means is already provided? Meaning a predetermined program to stick into the psyche of the human who ignorantly trusts your bullshit? And of course doesn't involve any effort on our part because you insert it in yourselves huh?

50. The Children of God are entitled to perfect comfort, which comes from a sense
of perfect trust. Until they achieve this, they waste themselves and their true creative
powers on useless attempts to make themselves more comfortable by inappropriate
means. But the real means is already provided and does not involve any effort at all
on their part. Their egocentricity usually misperceives this as personally insulting,
an interpretation which obviously arises from their misperception of themselves.
Egocentricity and communion cannot coexist. Even the terms are contradictory.

Just what kind of communion do you think they're talking about?
-  to induce and exploit schizophrenic states -

"ENTITLED" ? How's that for seducing you into their plan. The "C"hildren of "G"od are entitled...and so you must become a child o god because you will be entitled and to perrrrfect comfort, oh yes oh yes, but that ONLY comes from a sense of perfect trust, and so if you're not yet a child o god, you better trust us what we're telling you so that you can be finally, ENTITLED! Oh my!And UNTIL you achieve this trust in us, what we're deceiving you with, you can't have ENTITLEMENT, all you'll be doing iz wasting yourself, oh my oh my, on UES LESS attemPts on making yourself more com-fort-able, but of course, by INApproPriate means, because only WE with our selling to you of ENTITLEMENT can really ever, for real, for ever, give you any comfortability inside our cages where you'll live out the rest of your life while we take care of what you eat, see, hear, breath...etc. So! Give up your EGO. Give in to us, and enjoy your slavery from thereon in. 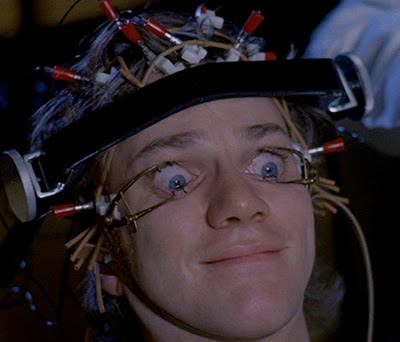 John Lamb Lash continued:
"Behavioral manipulation, psychological programming, and mind control were utterly repugnant to the genuine telestai of the ancient Mysteries. Such procedures represented to them a path leading away from consecration to Sophia and the Great Work of coevolving with nature, toward social engineering and personal power games. The goal of the telestai was to foster a sane and balanced society by helping individuals reach their peak potential, and never to interfere directly in social management.

Over the course of time, some initiates did take the path of social engineering however. Dissident members of the Gnostic movement who came to be known as "Illuminati" chose to use initiatory knowledge to develop and implement various techniques of behavior modification. Originally, the Illuminati were members of the Magian order, an ancient Persian lineage of shamanism from which the Gnostic movement was derived. Historians understand the Magi to have been the priesthood of Zoroaster, or Zarathustra."

"The problem faced by the Magian predecessors of the Gnostics was the duality of human intention, not the dichotomy of cosmic absolutes. Around 4000 B.C.E., with the rise of urban civilization in the Near East, some members of the Magian order chose to apply certain secrets of inititation to statecraft and social engineering. They became the advisors to the first theocrats of the patriarchal nation-states, but in fact, the advisors were running the show.

Their subjects were systematically programmed to believe they were descended from the gods. The Illuminati inaugurated elaborate rites of empowerment, or kingship rituals. These rituals were in fact methods of mind control, excercised on the general populace through the collective symbology and mystique of royal authority. (Kingship rituals were distinct from the rites of initiation that led to instruction by the Light and consecration to the Great Goddess.) Their purpose was not education and enlightenment, but social management.

Gnostics refrained from assuming any role in politics because their intention was not to change society, but to produce skilled well-balanced enlightened individuals who would create a society good enough that it did not need to be run by external management.

The intention of the dissident Magians to run society by covert controls, was based on their assumption that human beings are not innately good enough, or gifted enough, to create a humane world. This difference in views of human potential was the main factor that precipitated the division of the Magians.

Historians recognize a split in the Magian order, but do not understand either its origin or its consequences. Within the order, the telestai were given the title of vaedemna, "seer," "wise one," as distinguished from the priest, the zoatar, who officiated openly in society and advised Middle Eastern theocrats on matters of statecraft and social morality, not to mention agricultural planning -- for Zoroaster was by all accounts responsible for the introduction of planned large-scale agriculture.

It is generally agreed, women discovered by gathering plants how to cultivate them, and men later expanded this discovery from the ancient equivalent to agribusiness. So arose the first theocratic city-states in the Fertile Crescent. (Civilization may be defined as the way of life that begins by amassing vegetables to increase population, and ends with a population of vegetables.)

Urban population required social control, and the Illuminati assumed the role of planners and controllers -- more often than not, hidden controllers."


Just as the book Course in Miracles was dictated to Helen Schucman covertly, by hidden controllers, they are through the book trying to exert control over others, to do their external management by the use of patriarchal terms such as Sonship, Father, Sons, without ever once mentioning anything to do with the female side of existence, as though it doesn't exist. They use the word "model" saying that the character in the book will be the 'model' for your behavior.

"In short, the psyche can be trained to imitate behavior modeled for it ritualistically, or repeat assigned behavior when exposed to a specific signal (posthypnotic suggestion). Such manipulations of the psyche depend on the primary condition for initiation: temporary dissolution of the filter of self-consciousness."

Above all, they hate the ego in mankind, calling it insane, and trying to manipulate you to give it up, so obviously they could all the easier to implant programming into you.

"In book 3 of the Republic, Plato disclosed the Illuminati rationale: "contrive a noble lie that would in itself carry the conviction of our entire community."

"Everything the Gnostics did in the schools was intended to counterbalance and correct the machinations of the deviant adepts. Initiation involved melting the ego boundaries in preparation for deep rapport with nature, not lowering of ego consciousness so that the subject could be "sectioned" and behaviorally programmed using the power of suggestion, imprinting, and other psychodramatic methods. These behavioral modification tools of the Illuminati were strictly forbidden in the Mysteries overseen by Gnostics."


8/27/11 John Lash: Reclaiming the Earth From the Globalist NWO Psychopaths

Posted by BELIALITH at 2:39 PM