Rhombohedral, hm.... similar to the honeycomb, isn't it?


A couple of weeks ago I was talking with my most intelligent friend Tim. I was telling him how I'm so busy, have so many things to do, and I need to find a way to crunch time so that I can get all these things accomplished in a tiny space, but they will all be complete in the space of linear reality. And I was looking to find a way to do that...to crunch time.

So my friend Tim, so excellently began to tell me that I'm going to need to go up on a higher plane. He said it's a rhombohedral shaped plane. And I was so grateful, I said to him excitedly that I will begin looking into that. 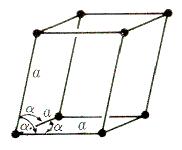 Well, last night, as I was dancing at my computer with words and images, I danced over to my velvet covered burgundy coloured box I have on my bed table and took out my Iceland spar, not even thinking about what we talked of two weeks ago, and I lovingly held this beautiful piece of crystal, putting it on top of my table in front of my computer, looking at its beautiful rainbow colours throughout it.

Today, while looking at it, I realized, oh my goodness! this Iceland spar is rhomboid! It is exactly that geometric shape Tim was telling me about when we were talking of getting out of time and into a space where things work FASTER. And all these unique experiences had been occurring in the meantime. Do you know what they said in the metaphysical properties about this Iceland spar crystal? This is the stone where double vision can be found. I think they were only touching upon the iceburg. Hahaha. There is much more to this "stone" than meets the first glimpse of the eye.

Here's a picture of how it looks, and how similarly large and shaped mine at home here is as well. 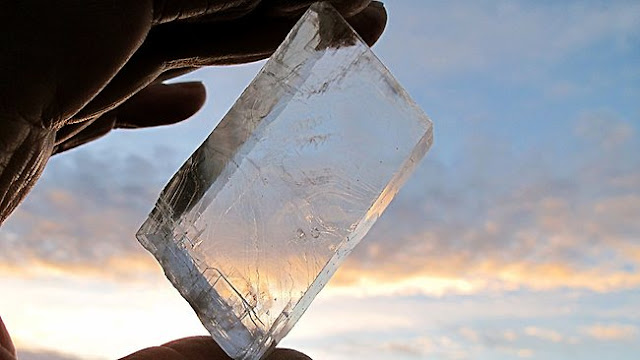 Ah! Now the thoughts are coming to me. I remember when I use to party with Michael a few years ago, how time use to seem to go on forever! I felt like I was so immersed in the situation, it felt like a whole hour had passed, yet when I looked at the time, only 10 or 15 minutes had passed. So what I did was to make an experiment out of it, but without making it too obvious, because when you get too focused on that, then it doesn't work. So I had to forget while I was experimenting, only to come to, at the end of a period and look at the time again. It was always so completely astonishing to me.

More than anything, I remembered those little rainbows everywhere in the room where Michael and I were at. He was smiling when I noticed them and I was awed by what I was seeing because they were here in this present world with us, all over the floors, furniture, walls, ceiling. Many times I inquired Michael about who he was, and he never said anything. So I tried to find ways of tripping him out so he would tell me something, but it never worked. And so that night while he was standing there and I got up out of my chair to see all those little rainbows everywhere, I had a feeling, by seeing his smile, that he too was seeing what I was seeing. I went to the washroom and saw all those rainbows everywhere too. I think maybe we stepped into the fourth dimension or that rhomboid plain, and this is perhaps why all that time occurred, but hardly any on the clock went by.

Hence, Rhombohedral Plane. Double reality. Immerse into the present so strongly, only a small amount of time will have passed. Oh wow! I'm going to do that now. Experiment is over. I understand the properties, for now...

So now I know. We have to jiggle ourselves out of this 'reality' we've been immersed in, in order for us to free ourselves from the illusion we've created, by thinking we're separate from Father. The Son told us it's an illusion we ourselves created from the very Mind the Father had given us when we were created by Him. And we obviously didn't know what we were doing, like little kids who take a route, keep following it, then start bawling and screaming that we're lost and can't find our way home, meanwhile the trees of the forest are obstructing our view, and one step to the left or right and we'll see Father standing right there, with us, all of the time. Hahahaha! Hilarious. Anyway, would you to like to know what I'm talking about, you might want to read that book called A Course In Miracles by Jesus Christ, the link being somewhere down below this post, you'll have to look yourself would you to want to read it, because I was told specifically, that book is only meant for some to read, the some meaning the ready type.